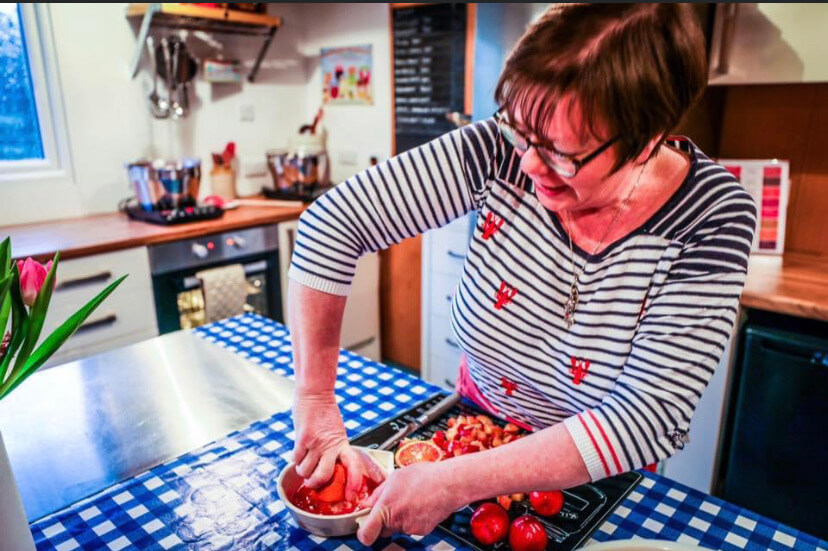 With the majority of the population self-isolating and visits to shops reduced many of Scotland’s local food producers have found sales of their products sharply decline. Staples such as flour, pasta and tinned tomatoes are still very high while other products such as dressings and jam are proving very hard to get.

In response, Fiona Pollock from Ardross Farm Shop came up with an idea to link producers directly with their audience. Working through the business’ Facebook page, @ArdrossFarmShop, she has organised a series of live behind the scene tours with some of their favourite producers.

Fiona said ‘With customers increasingly using our home delivery or phone and collect service, a lot of wonderful products are struggling to be seen without a shop window. After the success of Go Rural’s Lambathon, which we participated in last week, I suddenly thought that Facebook’s live videos were the perfect platform to reconnect producers and customers. The businesses we have approached have been very excited. Despite none of us being experts in filming, I’m sure people will really look forward to meeting the people behind some of our most popular products and engaging with them while remaining safely at home.’

Starting on Thursday 23rd April at 12 noon, Nick Fleming from Ovenstone 109 will kick off the behind the scenes videos with a tour of his brewery, situated just outside Pittenweem. He will also be brewing so viewers will see the process behind his amazing beers from start to finish. Other producers participating include Lochaber Farm Bakery showcasing their amazing sour dough; Pittenweem Preserves who will be making some of their award winning jam; Lunan Bay Farm who have the first of the Scottish asparagus spears appearing; and Easter Grangemuir Farm who will show you where their delicious strawberries are grown. More producers will be announced every day.

As it’s a live video, people watching at home can ask questions making it an interactive experience. Viewers will also be able to look out for recipe ideas and top tips on making jam and bread. Join the producers every day from Thursday 23rd April at 12noon.