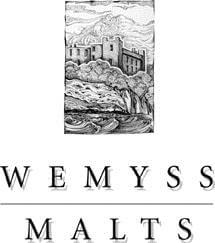 The initial offering to the Cask Club is “Smoky Nectar” a 35 year old single hogshead cask from Caol Ila distillery.

The Wemyss Malts Cask Club can be joined at www.wemyssmalts.com/cask-club and the exclusive single cask Smoky Nectar, as well as other new blended malts, can be purchased through the exclusive Cask Club online shop.

“We have selected one very special bottling; a 35 year old Caol Ila named “Smoky Nectar” to be the first exclusive release to our Wemyss Malts Cask Club members. Anyone interested may join the club for free via the newly launched website. Whether you are a newcomer to whisky or an experienced imbiber the Wemyss Malts Cask Club also aims to delight and enlighten with regular features and competitions.”

As with all Wemyss Malts single cask bottlings; “Smoky Nectar” has been selected by the celebrated whisky writer Charlie Maclean and has been bestowed a descriptive name illustrating the whisky’s character. All 211 bottles have been bottled natural colour, non chill-filtered and at 46%abv. The 35 year old Islay whisky has been noted as a stunningly exquisite hogshead with a complex smoke character.