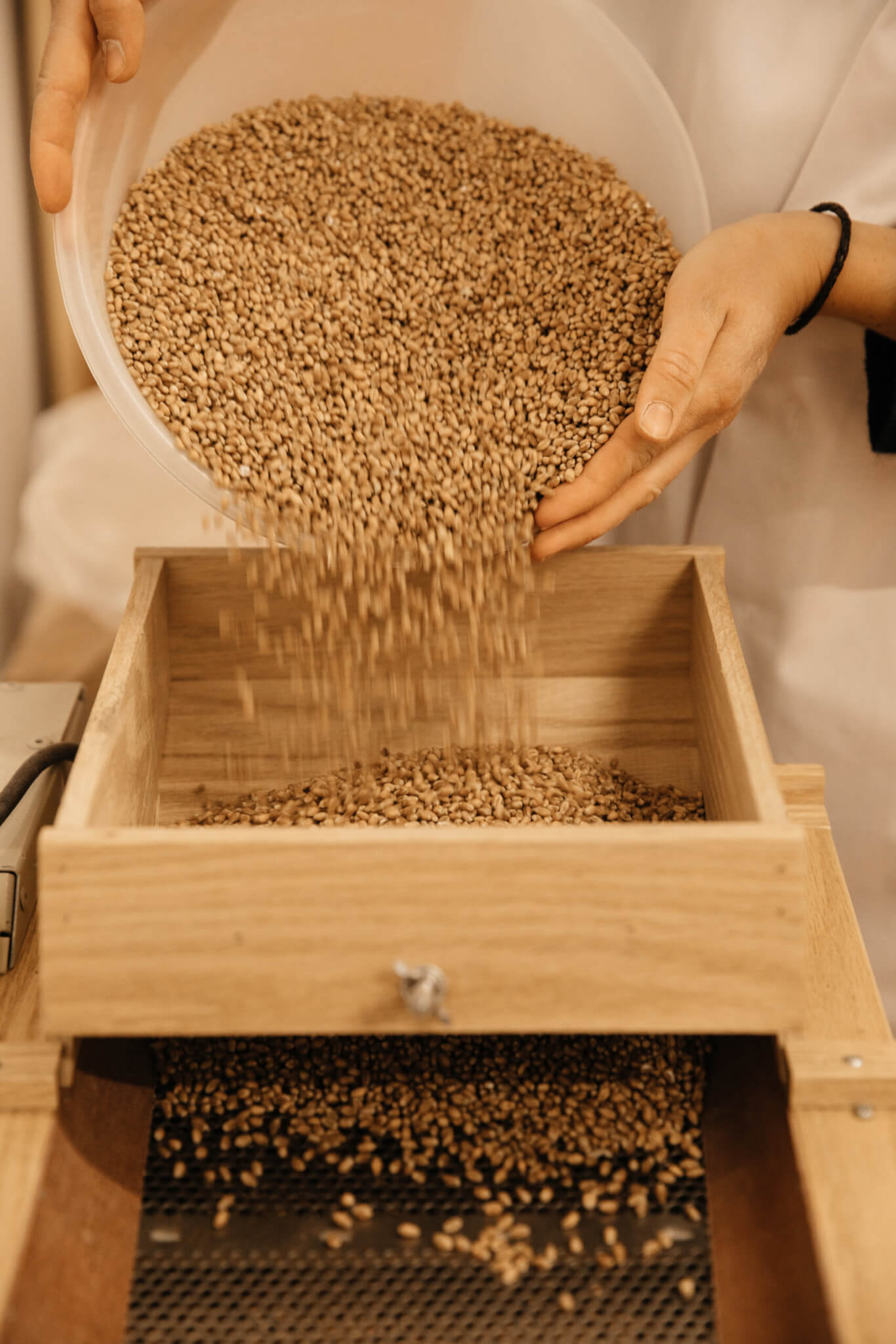 Scotland The Bread is FIVE!

Today marks five years since the formal incorporation of Bread for Good Community Benefit Society – better known by its trading name Scotland The Bread. This innovative not-for-profit social business, owned by its 300+ member/shareholders, researches and mills nutritious organic grains to create a Scottish home-grown flour and bread supply that is healthy, fair and enduring.

Based now at the Bowhouse in Fife, Scotland The Bread began life in 2012 under the wing of Bread Matters, at Macbiehill in the Borders.  It was co-founded by Andrew Whitley and Veronica Burke and formal incorporation in April 2016 enabled a successful share offer that raised over £36,000 as part of a grant-plus-loan package offered by Just Growth, a funding programme designed to encourage the growth of community based food and farming projects.

Scotland The Bread, supported by its farming partner Balcaskie Estate, produces around 200 tonnes a year of evolutionary wheat and rye varieties chosen for their high levels of minerals and ability to thrive in the local climate. As Society chair Andrew Whitley puts it,

‘If we can eat fewer slices of more satisfying bread, we take pressure off our belts, our food budgets and the natural world, where biodiversity loss from intensive grain farming is as big a crisis as climate breakdown. Our flour, slowly fermented by skilful community bakers, makes a tasty solution to problems that seem too big for us to address individually. So let’s do it one slice at a time.’

Always striving to be ahead of the debate, Scotland The Bread chose milling technology that is ultra low-energy and ‘zero-waste’. Unlike industrial roller mills (whose flour has to be fortified with additives to replace minerals and vitamins that are lost in the energy-intensive refining process), the cyclone mills that Scotland The Bread has pioneered in the UK turn 100% of the grain into fine flour and run cool enough to conserve fragile nutrients.

Scotland The Bread’s wholemeal flour can be ordered online, or bought from a growing number of retail shops, many supplied by Scottish community wholesalers Green City and Highland Wholefoods. It is also available direct from the mill, most conveniently during the monthly Bowhouse markets (next one May 8-9).

As befits its mission to benefit everyone, Bread for Good Community Benefit Society was the key partner in a pandemic-related project called Flour to the People, part funded by Innovate UK, which brought better flour and the know-how to make it into delicious bread to community food hubs in various parts of Scotland.

What of the next five years? The Society is fundraising to create a research and development hub for grain, flour and bread called the Fife Fermenter, whose aim will be to inspire and instruct other farmer-to-baker associations and to get more nutrient-dense real bread onto the public plate.