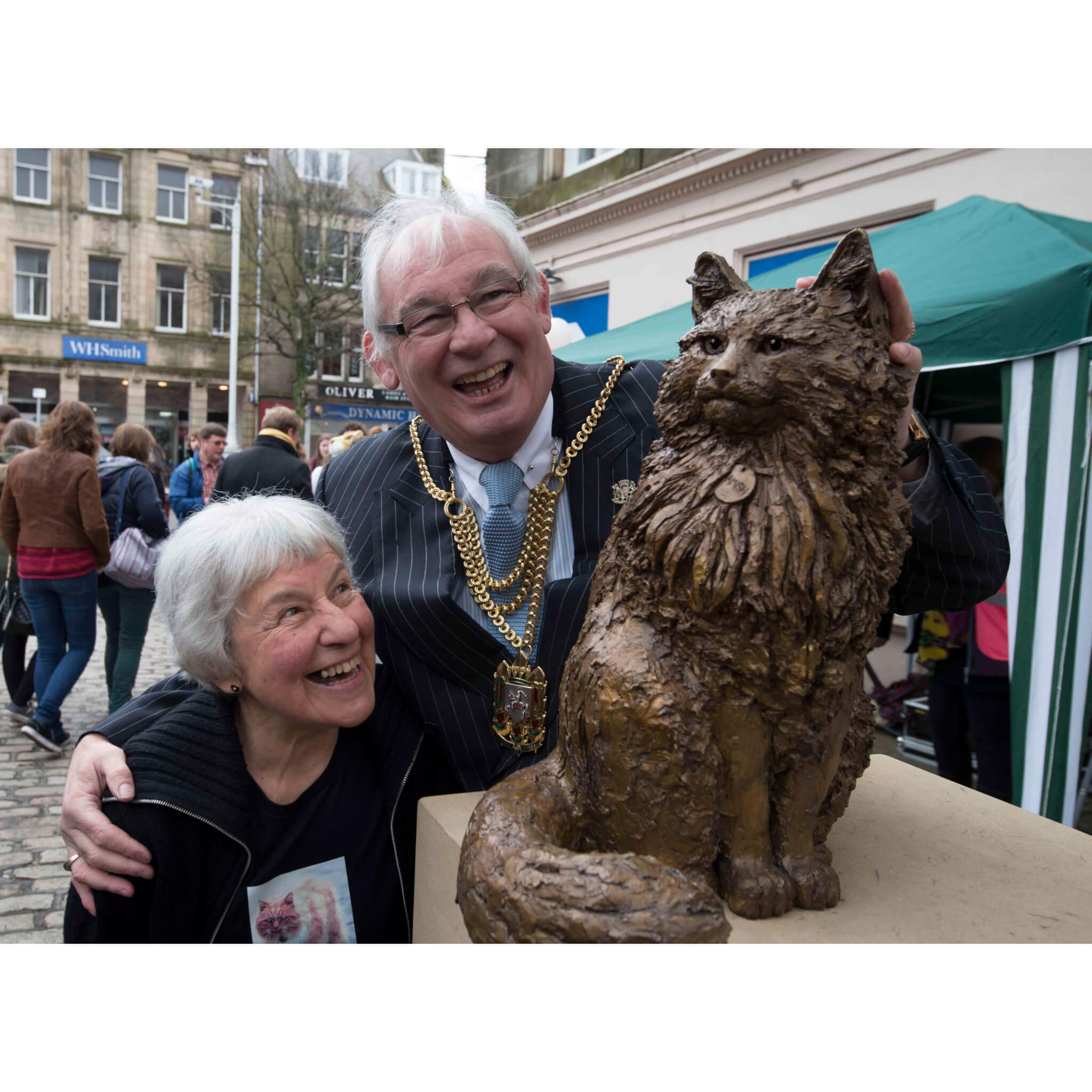 Famous St Andrews town cat Hamish McHamish came face to face with his own stunning image on Saturday when he bumped into a statue created by internationally acclaimed sculptor David Annand.

Inspired by local resident and St Andrews in Focus editor Flora Selwyn and backed by the original keeper of the wandering cool cat – Marianne Baird – the statue has taken pride of place at Church Square in the heart of the town.

The unveiling was performed by Fife’s Provost Jim Leishman, and also in attendance were Jim McArthur, chairman of the St Andrews Partnership, Susan McMullan, who wrote the top selling book “Hamish McHamish of St Andrews”, sculptor David, and stonemason Colin Sweeney, who built the plinth and fitted the statue.

Flora said that she wanted to thank everyone who had contributed to the fundraising and campaigning, and that the project had brought St Andreans together.

“I hope that Hamish’s story will be remembered through the statue. For over 14 years he has given so much pleasure to St Andrews as everyone’s favourite pet.”

“Hamish makes his way around the town as through it were his very own back garden. He also has a rather impressive ability to be in the right place at the time,” said Jim.

As if to emphasise that very point, Hamish was notable by his absence for most of the preparations and festivities, but true to form he materialised to pose beside his statue before swaggering off to his next rendezvous.

In the run up to the unveiling activities included face painting, judging of children’s costumes, a performance by the student group Alley Cats, and the cutting of a huge Hamish cake created by Fisher & Donaldson and delivered personally by the bakery’s Ben Milne.

Hamish has his own Facebook page and Twitter account, he’s been on the news, has been filmed for documentaries and made it to the BBC’s The One Show.

The photographs, by Alan Richardson, show Hamish with the statue, Flora with the Provost, and the splendid Hamish cake.