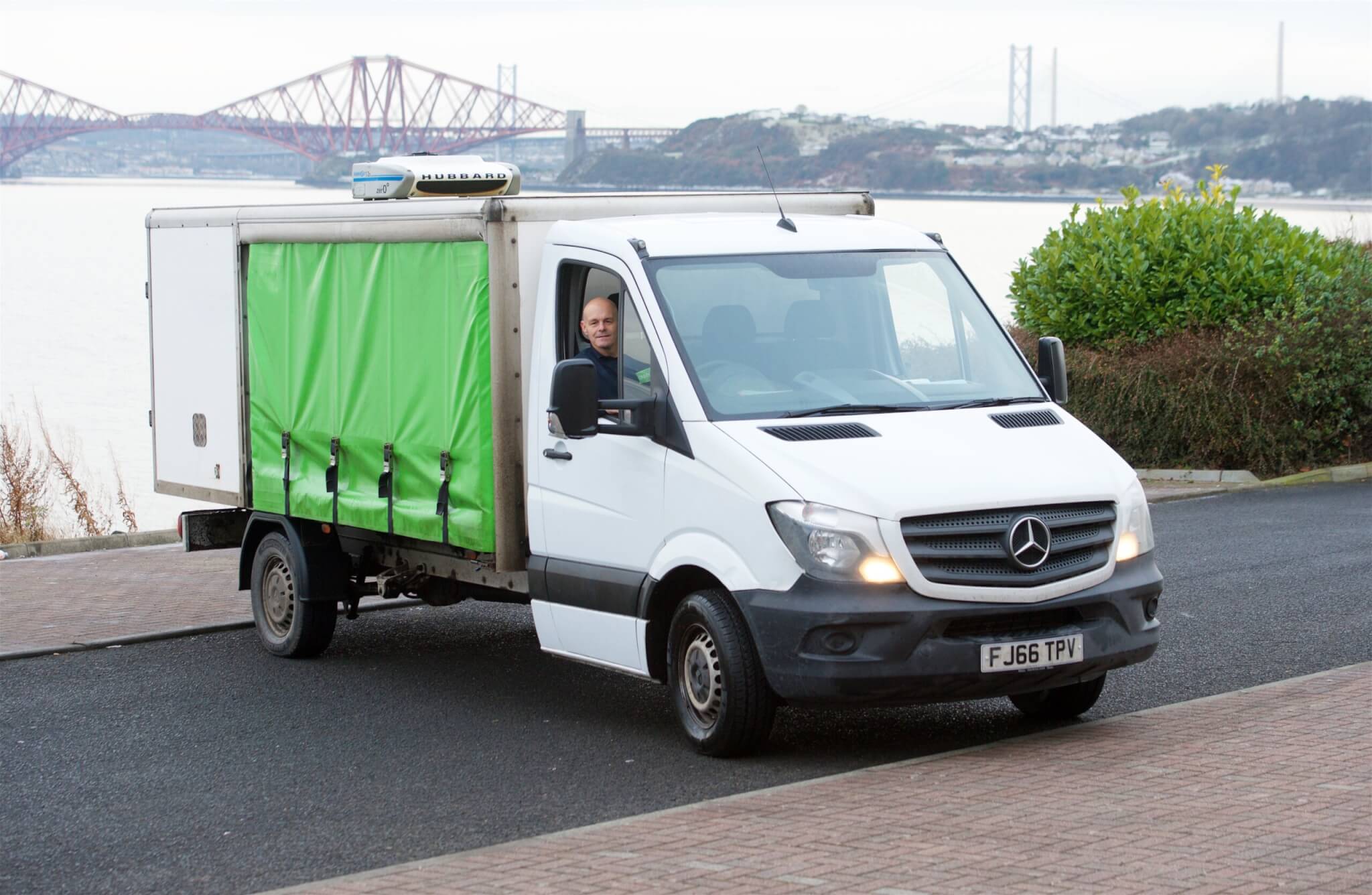 Dunfermline based nationwide fine food distributor; The Cress Company moves to a new depot double the size as their current depot as business continues to grow due to increased sales in 2020. The Cress Company aims to create over 60 new permanent roles in the next three years.

Cress Co’s new home in Pitreavie Business Park was once home to wholesale giant Palmer & Harvey Mclane, who entered administration in 2017. The new site is being developed and modernised by The Cress Company in partnership with local company, The Fife Group to redevelop the existing depot and office space.

The distributor’s new premises are set to be open from May 2021 and will house its own fleet of dual temperature vans, with a 78,000 square foot warehouse, staff car park and modern office facilities. The move is set to create 60 new permanent roles for locals, across the business in customer service, warehouse, buying and more.

The company was started by Managing Director Joe Wall in 2004 with a small lock up of around 500 square feet with the ability to hold 8 pallets and a second-hand van working with five or six Scottish fine food manufacturers who were looking for better distribution throughout Scotland. Now, 17 years on, The Cress Company’s new Dunfermline HQ is 78,000 square feet with ability to store 5,500 pallets worth of stock.

Cress Co are looking to recruit additional members of staff to their team in Dunfermline to support their rapidly increasing customer base. The pandemic has further accelerated their growth and new employees will be joining the business at an exciting time as Cress Co expand their Dunfermline headquarters and open their third depot in England.

The Cress Company is a leading distributor of ambient and chilled fine foods. Voted the best distributor by fine food digest readers for the last four years, working with some of the finest artisan food producers and independent retailers.

Their customers include many award-winning food halls, farm shops and delicatessens in the UK. With distribution centres in Dunfermline, Leighton Buzzard, Telford and Wetherby to service businesses nationwide.

Joe, also suggested with many choosing to have ‘staycations’ this year, there will be another surge in sales this summer from local retailers restocking their shelves for tourists. When asked whether there had been growth in any areas Cress Co had not seen before, Joe said they had seen more orders from, “small businesses, hamper and platter companies, and convenience stores”.

Despite the challenging trading conditions in 2020, Head Buyer at Cress Co Nikki Castley said that Cress saw significant double-digit year-on-year growth in sales, with retail sales covering any gaps caused by the loss of foodservice orders.

“Demand was coming from new and existing retail customers for more items and that was being driven by customers going to them rather than supermarkets. In a strange way, COVID has brought awareness to independent retailers.”

The distributor’s newest catalogue reflects the change in shoppers’ demands. Chilled was a big growth area, said Nikki Castley, adding that there were more basics and store cupboard staples joining the range to sit alongside the variety of higher-end food and drink. In total, 19 new suppliers will be coming on board.

The Cress Company also work closely with several local charities and community groups including EATS Rosyth Community Hub and Broke Not Broken, a charity aimed at tackling the effects of poverty and who also operate as a food bank in Kinross.