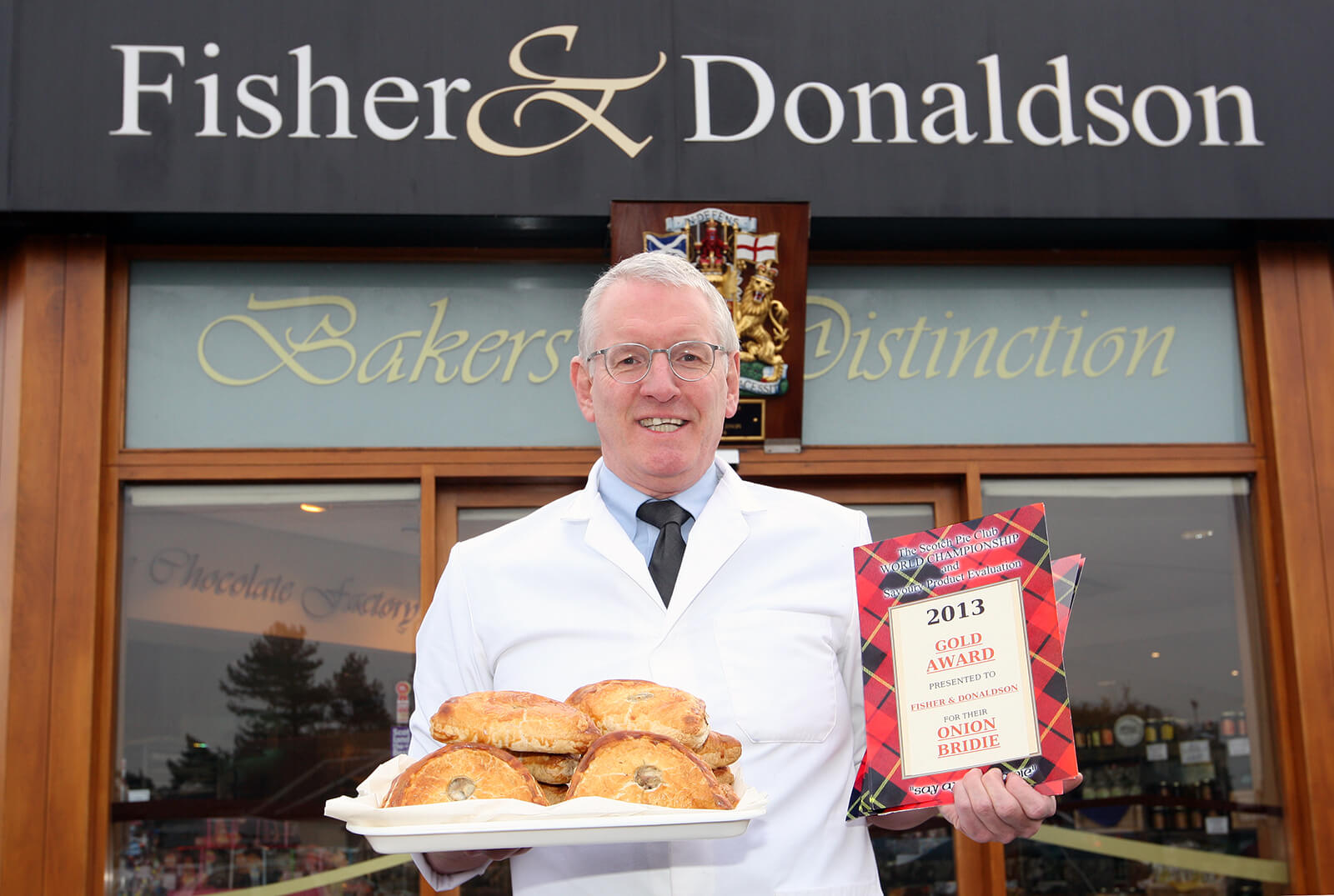 Well known Cupar-based bakery Fisher&Donaldson picked up a gold award for its bridies in the recent World Scotch Pie Championship. The company, a member of Food from Fife and a Royal Warrant holder, has enjoyed considerable success in the competition in recent years. Organised by the Scotch Pie Club, the competition was founded by another Fife baker, Alan Stuart, and it has been running for 14 years. The overall world champion for 2013 is JB Christie of Airdrie.

Pic by Dave Scott, Cupar, shows Sandy Milne with the award and lunch for one