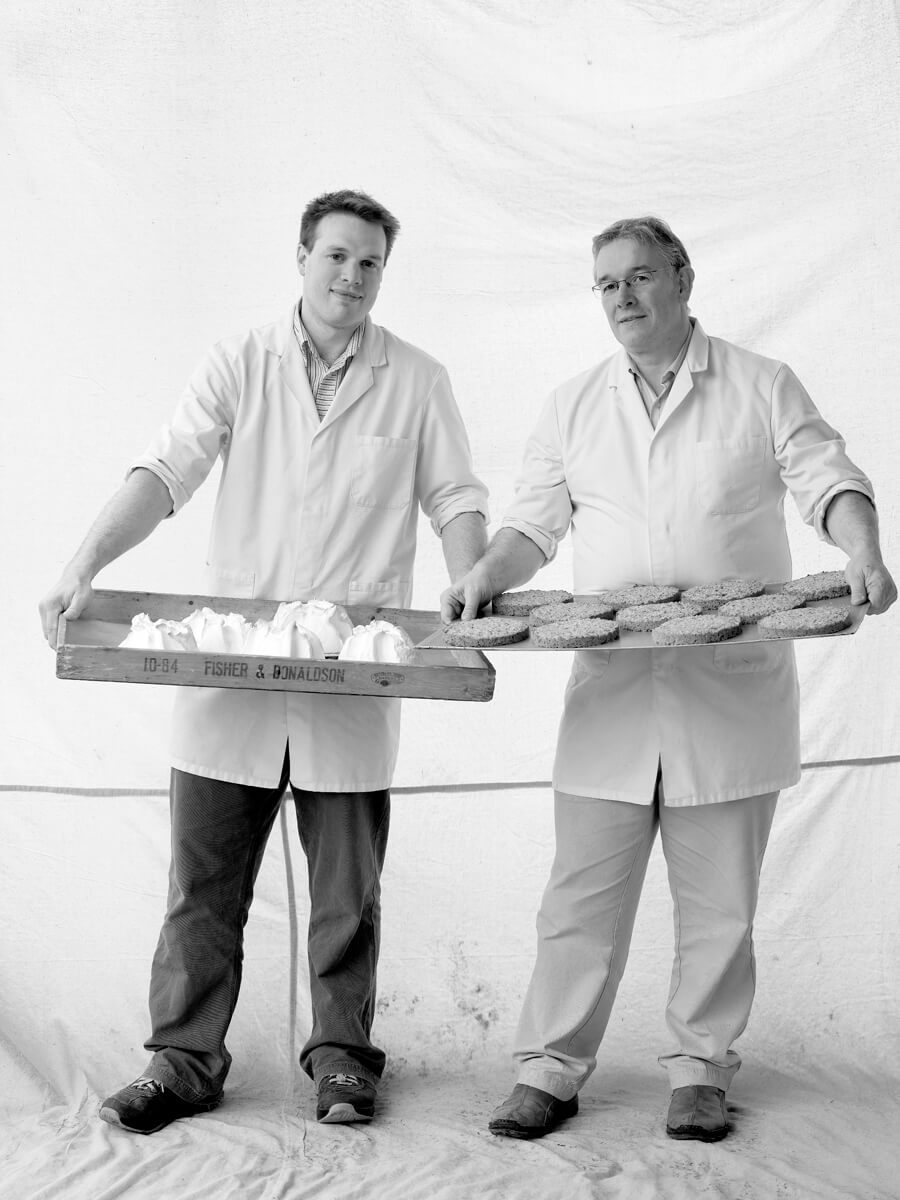 One of the guests was celebrity chef Jeremy Lee, who was talking about butter while also recalling some of his childhood days in Dundee.

Jeremy, of Quo Vadis in London’s Soho, was describing one of his mother’s breakfast favourites – “mountains” of Fisher and Donaldson toasted oat bread for the four children.

He said that whether it was eaten hot with butter, or left then eaten cold later in the in the day, the family loved it.

Fisher and Donaldson director Eric Milne said that “oatie bread” is still a favourite with customers, and it is now made with oats from Fife.

The Cupar-based bakery business, a member of “Food from Fife” has its headquarters and production facility in the town’s South Road, where there is also a busy café and chocolaterie.

There is also a town centre shop and café, along with three shops in Dundee (two with cafes), and two shops in St Andrews.

The main photograph shows Jeremy at Quo Vadis (credit Danny Elwes). The others (below) show Ben and Eric Milne, and the “oatie” bread