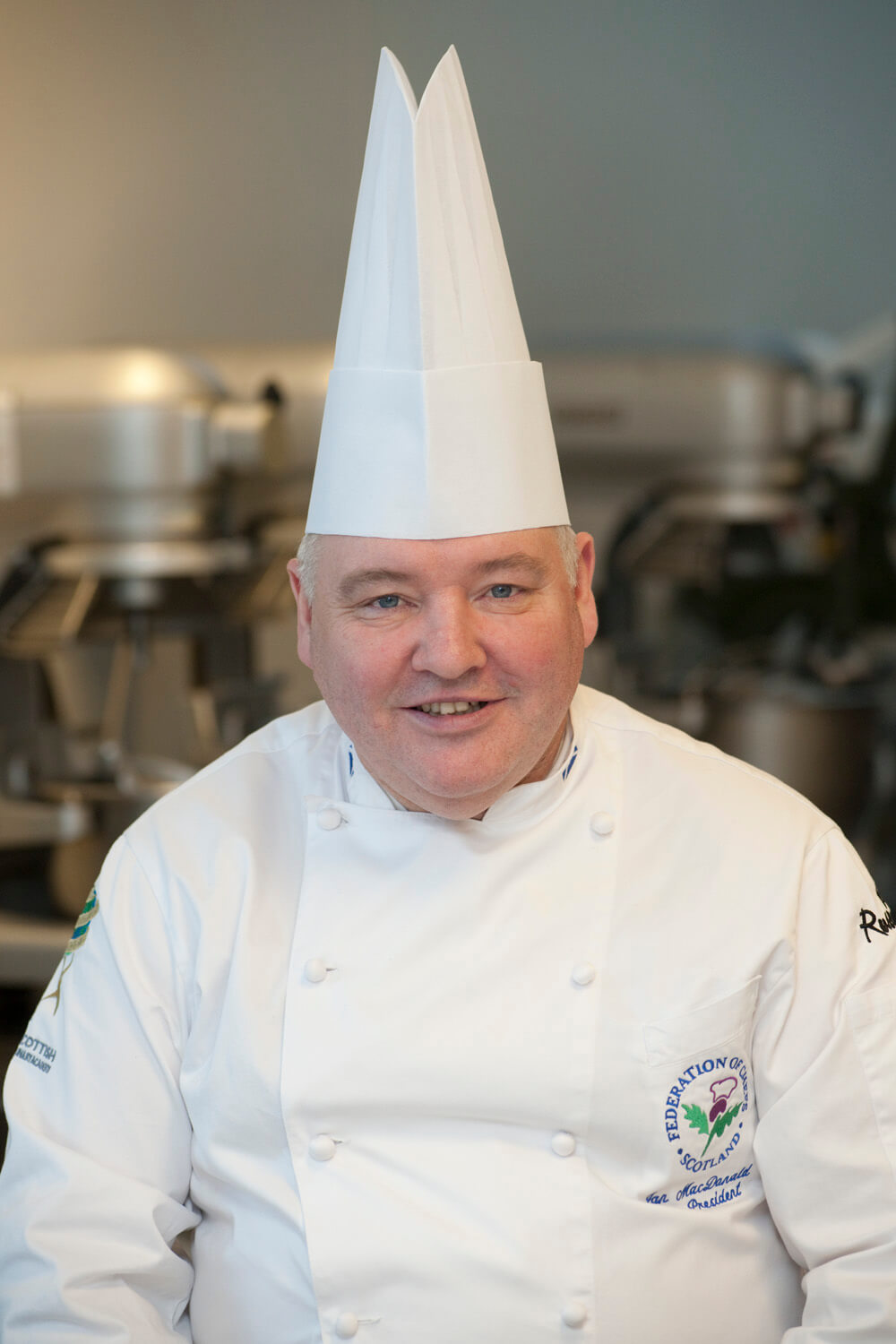 The new president of the Federation of Chefs Scotland (FCS) is Ian MacDonald, the executive chef at St Andrews Links Trust.

The appointment has been announced as Ian prepares to take a leading role in the forthcoming St Andrews Food and Drink Festival, which begins on Saturday.

Ian is responsible for the culinary experience in all three clubhouses that service the town’s seven links courses.

He takes over the presidency at a time of great achievement for the FCS, which has had a 20% increase in membership, a win for the Scottish Junior Culinary Team at the World Culinary Grand Prix at ScotHot, and strong growth in the number of participants in the Scottish Culinary Championships 2013.

Now he has laid out his own ambitions for his presidency over the next four years, with 2014 marking the 20th anniversary of the FCS.

He said that he wanted to use the celebrations to develop the membership profile, make younger chefs aware of the opportunities membership brings, and recruit more chefs who are still progressing in their careers.

Ian has stressed that as in previous years the association will develop its work and training with young chefs through projects like Chefs@School and the Young Chefs Club Scotland.

“I believe there has never been a more exciting time to get involved in the Federation.

“We can all look forward with optimism and ambition for the years to come as we try to help shape the future of the chefs of tomorrow,” he said.

All four are members of the Fife Food Network’s “Food from Fife” initiative.

The festival will start tomorrow (November 2) and kick start a programme of events due to last throughout November.

The festival, involving a host of venues and different activities,  will be launched at the specially extended Fife Farmers’ Market in St Andrews on Saturday and will come to a head on the weekend featuring  St Andrew’s Day.

The food festival events on St Andrew’s Day – including the unveiling of a truly “cool” piece of ice sculpture public art – will be followed by the switch on of the town’s festive lights, a parade led by a pipe band, and an outdoor mass participation ceilidh.

During the month there will be weekly tastings in the visitor information centre, demonstrations in the town hall at the end of the month, special menus in local hotels and restaurants, food related exhibitions, and the chance to sample wines, spirits and Fife-brewed beers with local businesses.