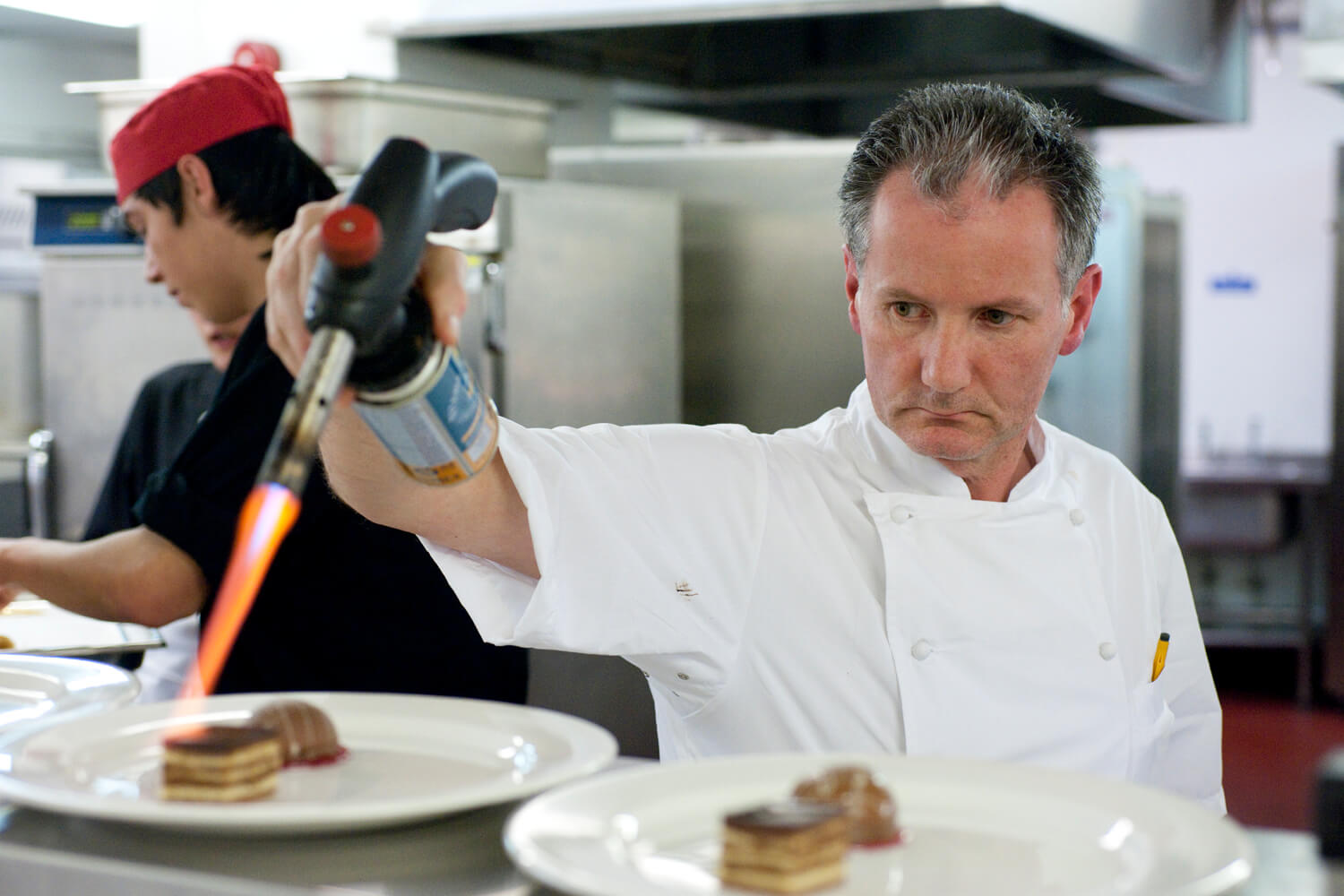 In the run up to the St Andrews Food and Drink Festival we will be profiling the leading chefs who are creating a formidable partnership for the festival dinner at Fairmont St Andrews on November 29.

All of them passionate about the very best of local and Scottish produce, they are Martin Hollis of the Old Course Hotel, Golf Resort and Spa, Alan Matthew (Fairmont St Andrews) Ian Macdonald (St Andrews Links) and David Kinnes (Rufflets Country House Hotel).

We have already featured Martin Hollis, and now we meet Alan Matthew, the executive chef at Fairmont St Andrews, who has more than 34 years of hospitality experience.

He joined the award winning resort from his previous role at the Marriott Dalmahoy Hotel & Country Club in Edinburgh, where he was executive chef for 12 years.

Alan began his career as an apprentice at various luxury Scottish hotels, before moving to London to become a sous chef at Tower Thistle Hotel and consequently the Regent Four Seasons.

He then moved on to the role of executive sous chef at the Mandarin Oriental Hyde Park Hotel.

After a very successful career in London, Alan returned to Edinburgh in 1997 to be the executive chef at the five star Caledonian Hotel.

He remained in this position before progressing to Dalmahoy in 2000, where he maintained AA 2 Rosettes for 12 years.

Some of his finest accolades include: