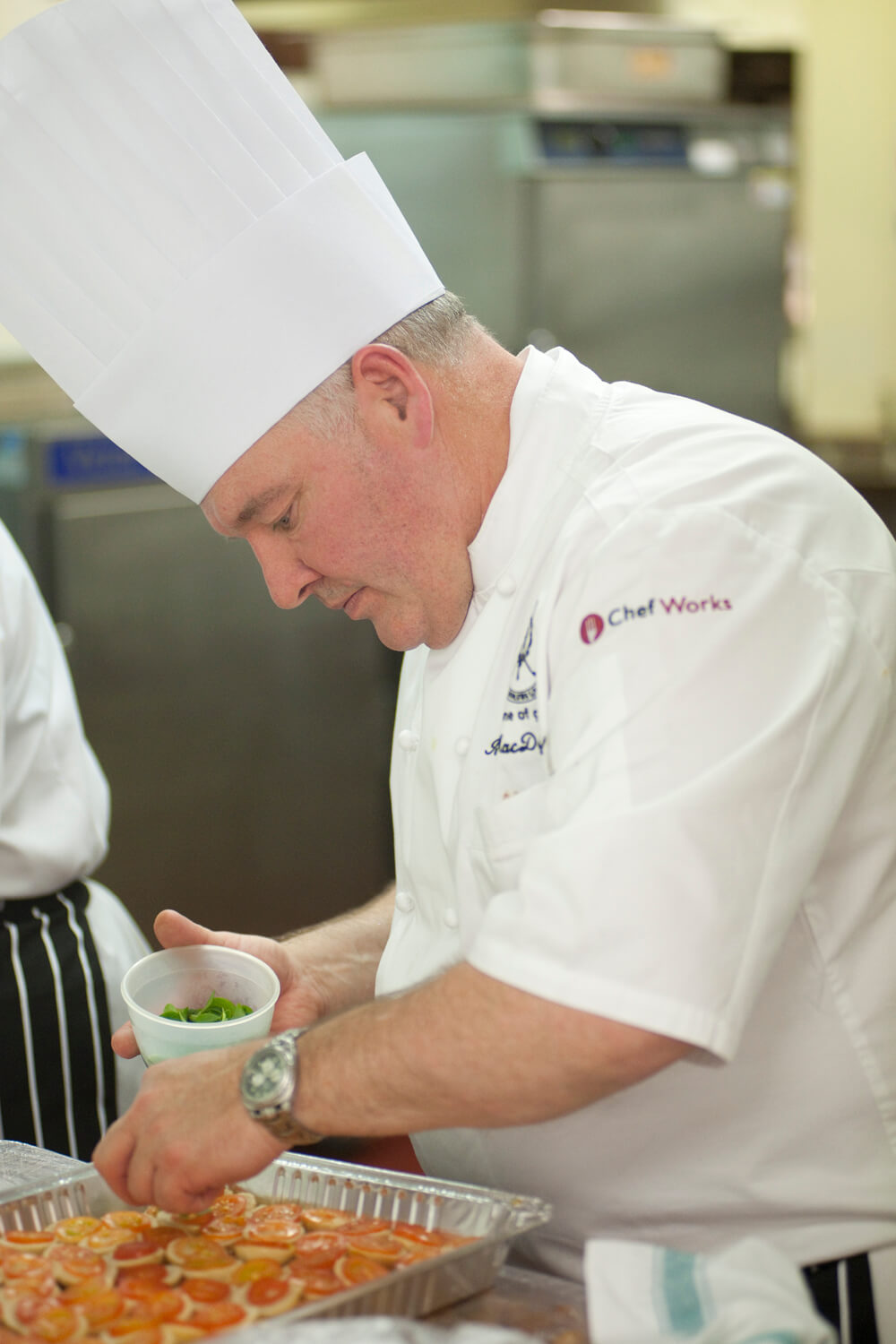 In the run up to the St Andrews Food and Drink Festival we are profiling the leading chefs who are creating a formidable partnership for the festival dinner at Fairmont St Andrews on November 29.

All of them passionate about the very best of local and Scottish produce, they are Martin Hollis of the Old Course Hotel, Golf Resort and Spa, Alan Matthew (Fairmont St Andrews) Ian Macdonald (St Andrews Links) and David Kinnes (Rufflets Country House Hotel).

Ian, executive chef for the St Andrews Links, is responsible for the culinary experience in all three clubhouses that service the seven links courses in St Andrews.

He is president of the Federation of Chefs Scotland, and a former team member and manager of the Scottish culinary team which enjoys a top twelve rating in the world culinary championships.

He has competed successfully and also judged in numerous culinary competitions both at home and abroad.

His judging roles include Scot Hot, where he is one of the senior judges in the live theatre, and cold display at the Scottish culinary championships

Ian started his formal training with British Transport Hotels (BTH) at the Station Hotel in Inverness.

Many top chefs in Scotland, and indeed across the world, trained with BTH as it was recognised as one of the best formal training schemes in the world at that time.

After finishing his four year apprenticeship Ian spent time at the five star Atlantic Hotel in Hamburg, working as part of a team of 12 pastry cooks

Ian returned to Scotland as sous chef in the Pompadour restaurant at the Caledonian Hotel Edinburgh.

Since then he has been sous chef at Gleddoch House on the banks of the Clyde near Glasgow, and head chef at its sister hotel Houstoun House near Edinburgh

More recently Ian spent 7 years as executive chef at the Hilton Dunkeld Resort in Perthshire, and worked at the privately owned Balbirnie House Hotel in Fife before joining the St Andrews Links Trust.