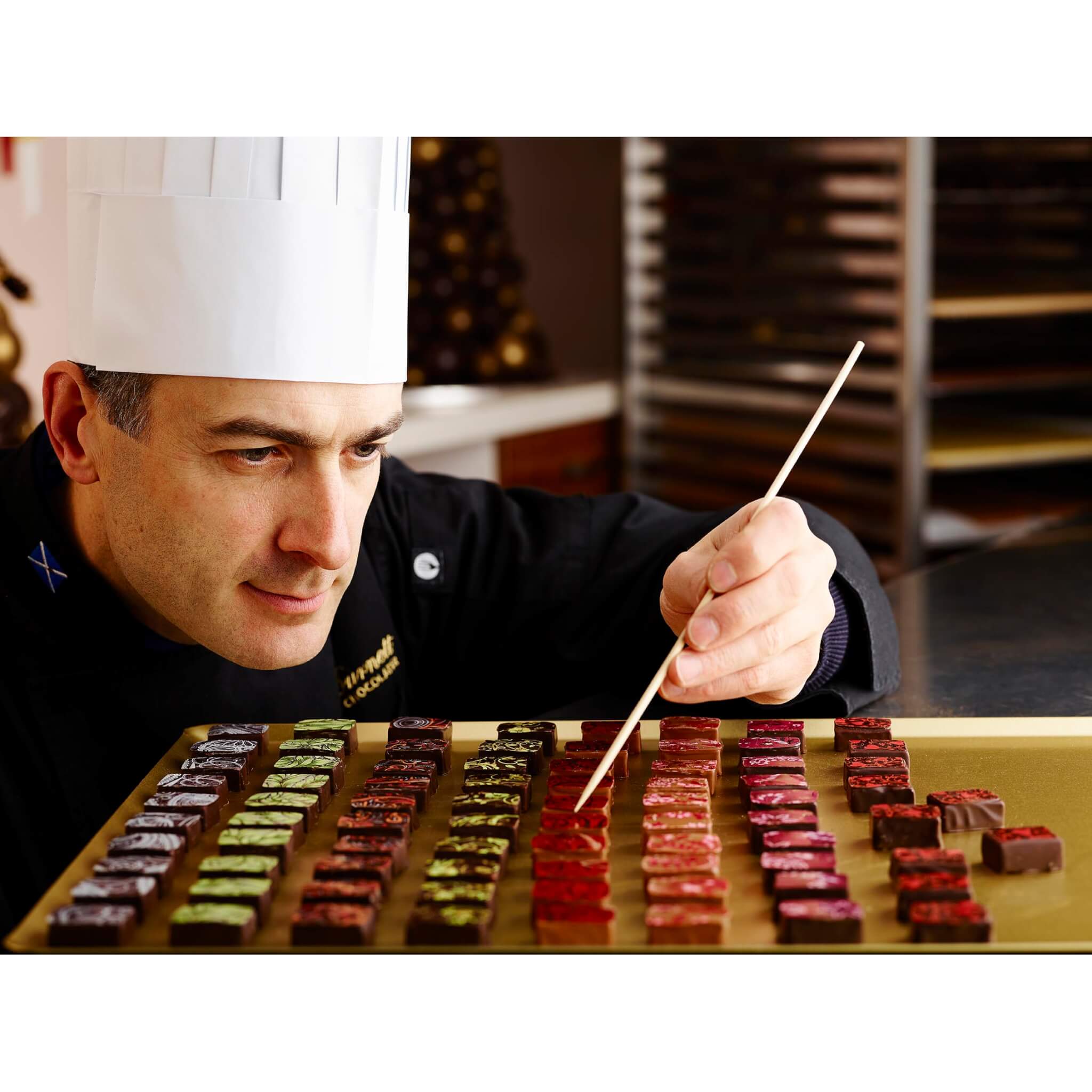 Scotland’s most awarded chocolatier, Iain Burnett, has just been named as the maker of the World’s Best Dark Chocolate Truffle without any added flavourings!

Iain, the Highland Chocolatier, picked up the prize at the International Chocolate Awards World Finals at the Chocolate Show in London.

Tens of thousands of chocolates from over 40 countries were judged by world class chefs, sommeliers and food experts to decide on this Gold International Chocolate Award.

Already a winner of three awards for his unique Velvet Truffles in the UK finals earlier this year, Iain’s exquisite Velvet Truffles have now received this crowning recognition in the elite world of the finest chocolate.

Iain said that the entire Highland Chocolatier team are thrilled about the achievement and are proud to receive such an amazing accolade.

“After a decade of striving for excellence, it is exciting that this recognition is given to the Velvet Truffle in its purest form – fresh cream from a single herd of Perthshire cows meticulously combined with a rare chocolate from the island of São Tomé

“In front of the world, the judges have identified the dedication of a small team of artisans in Highland Perthshire who create a unique truffle of unparalleled texture and purity.”

The Grandtully-based Highland Chocolatier also has an outlet in the centre of St Andrews.