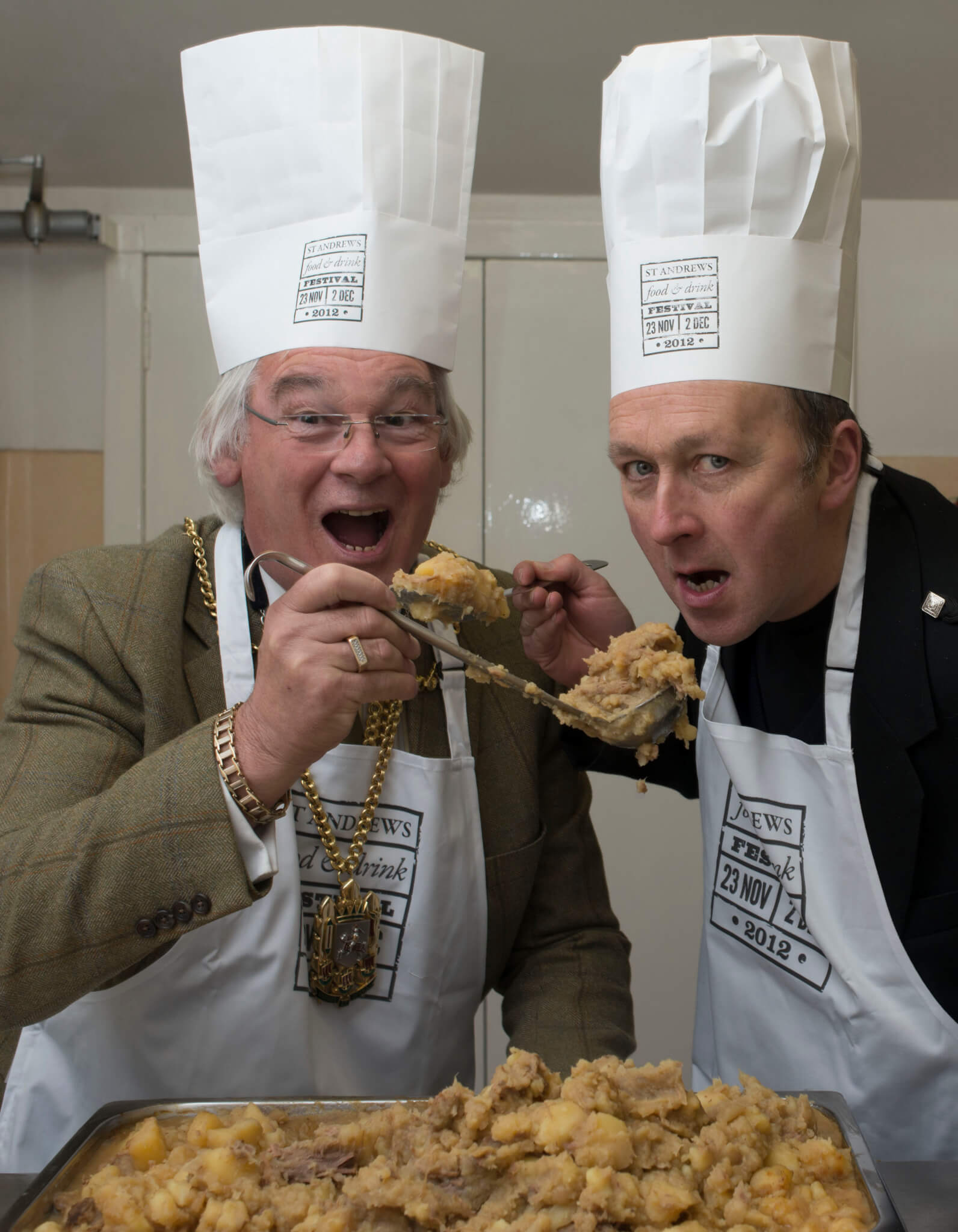 The Poet, the Provost and the Stovies

The creative worlds of food and poetry met head on during the St Andrews Food and Drink Festival with more than a little help from Fife’s Provost Jim Leishman.

Working in conjunction with StAnza – Scotland’s International Poetry Festival- the festival organisers treated visitors and locals to a lunchtime session called “Wake Up And Smell The Stovies!”.

The event involved performance poet Robin Cairns, who met up with the Provost – no mean scribe himself- at the St Andrew’s Day event in the town hall.

Robin had written his brand new work for the festival, and before his performance started he was introduced by the Provost, who had writtren a poem of his own just for the occasion.

Apart from his work in poetry, Robin has been involved in journalism and has written plays and music.

He said that he had turned to verse by chance on millennium night in ManchesterAirport, and had no idea that poetry could be so much fun.

To many people Robin is a comic poet. To himself he is a poet using comedy as a way of buying time to “offer his tuppenceworth to the world.”

He has had work published in various collections, including “Skein Of Geese” (the book resulting from the gathering at the StAnza poetry festival of 100 poets) and “Glasgow Tales” published by Endpapers. Two short collections of his work, “Last Man With Sky” and “Old Lochgelly,” are in print and available to buy.