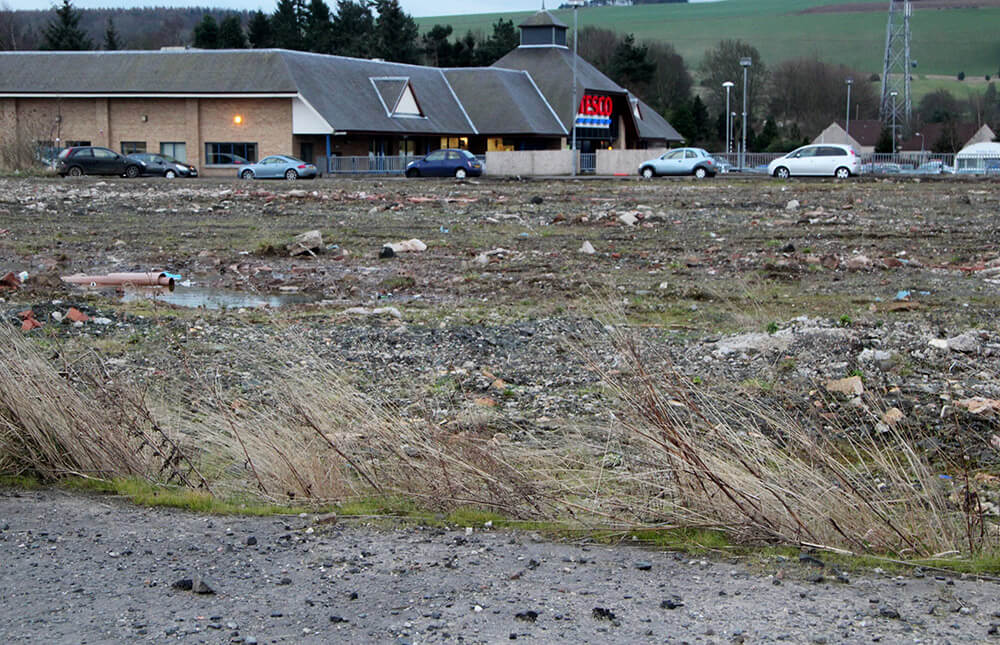 Leading supermarket group Tesco has seen its share of the UK grocery market drop to a seven-year low of 29.7 per cent this month.

The information, released this week, comes at a time when the company is under fire in North East Fife for its continuing failure to develop an extensive site in Cupar.

Tesco has planning consent for major development on the site for the former Reekie Group headquarters in South Road.

The land, which is currently lying unsightly and unused, is to accommodate a larger replacement for Tesco’s existing supermarket.

The current store lies on adjacent land, and will be demolished if the replacement is ever built.

The latest data, which has been published this week in the Retail Gazette (www.retailgazette.co.uk) comes from research published by Kantar Worldpanel.

It shows that May 2005 was the last time that Tesco’s market share was as low as it is currently, with trading continuing to prove difficult for the retail giant following a disappointing 2.3 per cent drop in like-for-like sales it posted for the recent Christmas trading period.

The overall grocery market grew 4.5 per cent during the 12 weeks to February 19th 2012, which is broadly in line with the sector’s performance over the past six months.

The article states that worryingly for Tesco, although over market growth is still below Kantar’s measure of grocery price inflation, many of its rivals are seeing their slice of the market hit all-time highs.

While consumer spending remains squeezed, many other grocers have managed growth in recent months.

Asda has consolidated its position as the second biggest supermarket chain with 17.5 per cent of the market. Upmarket rival Waitrose reports a record share in this latest report.

The Retail Gazette article also states that at the value end of the market Aldi, Lidl and Iceland all saw double-digit growth.

They had rises in till sales of 23.5 per cent, 10.5 per cent and 10.9 per cent respectively, to help them all hold on to record share of the market.

Our photograph shows Cupar Tesco beyond the derelict land