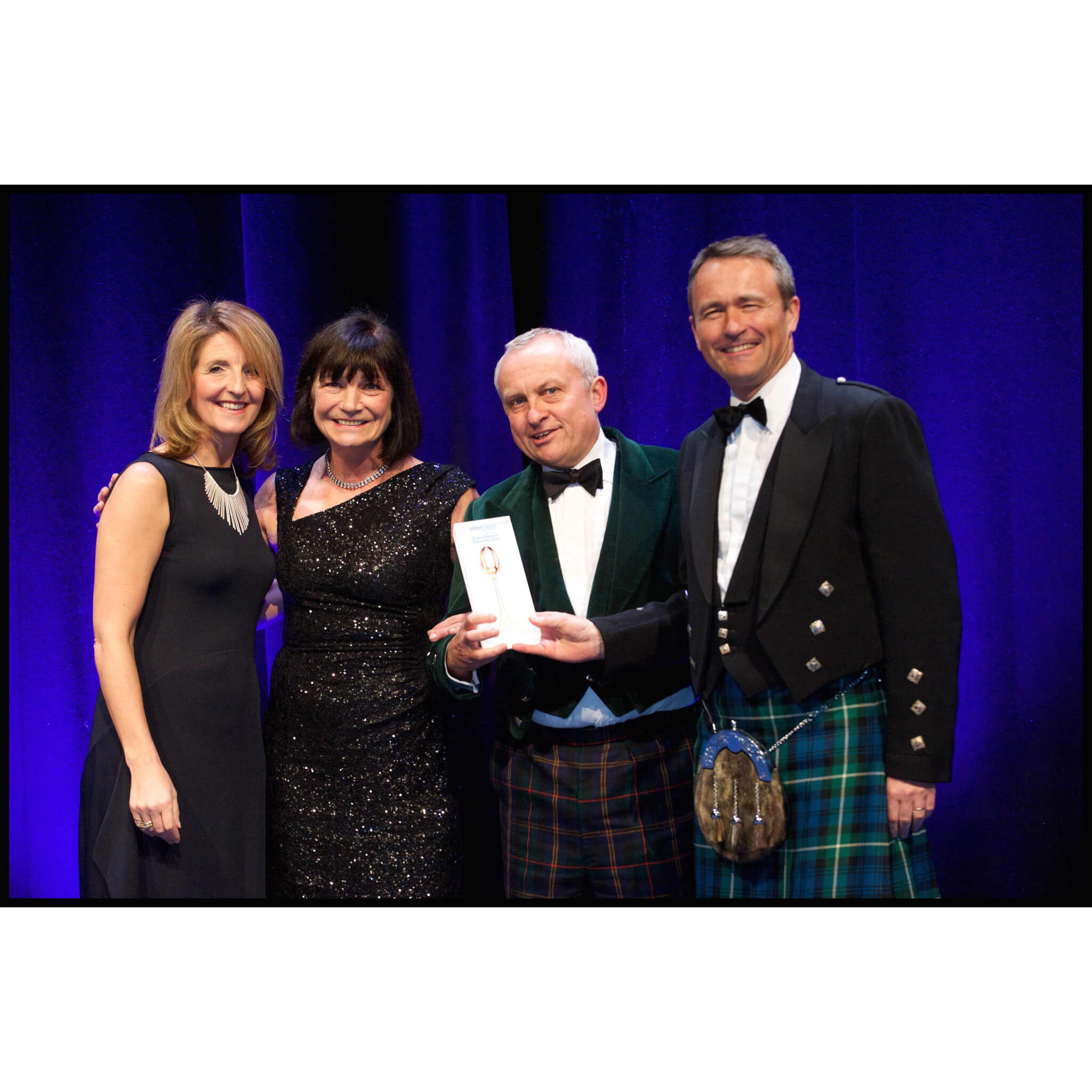 The Inverkeithing-based company won the coveted Drink-Alcoholic category with its whisky The Feathery, and also lifted the overall Small Business of the Year award.

A blended malt, the Feathery is entirely matured in first class sherry wood, which makes it slightly sweeter, fuller and more rounded than standard  malts.

It is the first expression of a range developed by Spencerfield to celebrate original Scottish craftsmanship.

The Feathery is named after the original golf ball painstakingly hand crafted with feathers ,tar and bird skin  to make a perfectly rounded ball which was more streamlined and effective.

The only downside is that it was also very expensive given the number of hours that went into one ball. When playing a game with a feathery the golfers would position two “spotters” to ensure that the ball was never lost.

With 22 award categories celebrating excellence across Scottish food and drink, the Scotland Food & Drink Excellence Awards showcased a broad spectrum of food and drink companies from across the country.

Other winners include small start up companies like Island Girl (producers of Ooft sauce) and recently formed Ronan Foods (producers of a range of free-from foods); family farming businesses like Glenrath Farms (free-range egg producers) and Graham’s the Family Dairy (Scotland’s largest independent dairy); and Mathiesons Bakery, which dates back to 1872.

A surprise award was given to Alan Hardie of West Lothian bakers, Paterson Arran, in recognition of his outstanding contribution to the Scottish food and drink industry.

The event has almost doubled over the last two years and attracted an audience of 700 to the Edinburgh International Conference Centre, where a meal showcasing the best of Scotland’s larder was served.  The Scottish television presenter, Kaye Adams, hosted the event.

The judges tasted 115 food and drink entries and examined submissions for 154 entries from 102 businesses across all the categories.

The awards are organised by Scotland Food & Drink in partnership with The Royal Highland and Agricultural Society of Scotland (RHASS). The event’s headline sponsor is Asda and the awards are supported by Think Local.

“We are thrilled to celebrate the standout successes of the Scottish food and drink industry with a record number of attendees at this year’s Scotland Food & Drink Excellence Awards.

“The awards recognise our best food and drink products and businesses and each of our finalists merit the commendation.

“There is a food and drink revolution happening in Scotland, driving record sales at home and overseas. Tonight celebrates the talent that is driving that and which is cementing Scotland’s place in the culinary world.

“I would encourage all finalists and winners to make the most of this recognition and to shout about their strengths. The awards take place during a massive year for Scotland and as the nation enjoys the limelight we will reinforce Scotland’s justified reputation as a Land of Food and Drink.”

Stephen Hutt, Chief Executive of RHASS said:  “Food and travel are inextricably linked, so in this the year of Homecoming it is fitting to showcase Scotland’s food and drink producers who are so crucial to Scotland’s tourism sector.  Tonight is full of brilliant moments created by passionate producers from Scotland’s natural resources and RHASS is delighted to lend its support.”

The photographs show Alex Nicol and Jane Eastwood (centre) receiving their awards, and the winning whisky The Feathery