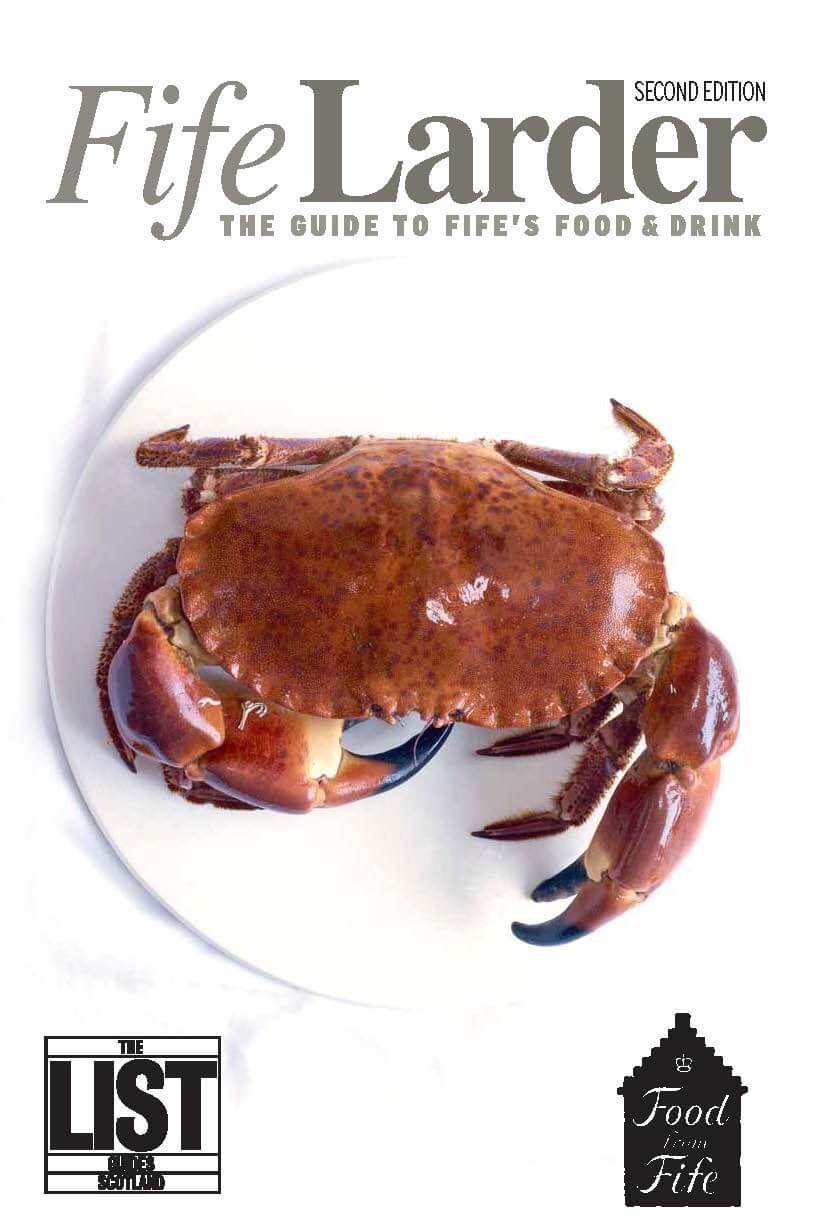 The List Guides Scotland has published the second edition of the hugely popular Fife Larder.

Thousands of copies of the guide – which was commissioned by the Fife Food Network – are being distributed to hotels, visitor attractions, farm shops and other food related business across the Kingdom.

In the words of editor Donald Reid, the Larder tells the story of the food grown, made, landed and created in Fife, and just as importantly tells people where to find it.

The cover page for the second edition shows a stunning crab caught by a creel boat working off St Andrews.

Inside the Larder are a number of articles by food writers on topics including Puddledub pork and buffalo, curing and smoking food, oat growing in Fife, cheesemaking, Scotch pies, and the National Trust for Scotland’s orchards and gardens.

Add to that new locally brewed beers, Spencerfield Spirit Company, the traditions of the fishing industry, preserving, and chilli growing, and there is feast of information for readers.

The booklet also contains comprehensive listings on where to buy, food festivals, farmers’ markets, and where to eat in establishments ranging from Michelin starred restaurants to cafes and delis.