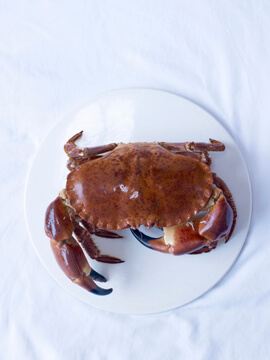 Scottish tourism businesses ranging from B&Bs to visitor attractions are to be signed up as Scottish Food Champions.

It will recognise businesses – hopefully including a number involved with the Fife Food Network’s “Food from Fife “ initiative – which offer quality, fresh seasonal produce as well as promoting where their food comes from.

The scheme is a joint venture between the Scottish Government and VisitScotland. It will assess 2,500 businesses over the next three years, with the ambition of getting at least 1,000 signed up by 2015.

Mr Lochhead said that the accreditation scheme will celebrate achievements, drive up standards and increase awareness of the provenance of food.

“The exciting new Scottish food initiative will build on our burgeoning reputation as a land of food and drink by adding on the key elements of seasonality and provenance to VisitScotland’s existing assessments.

“It will encourage tourism businesses across the country to use fresh seasonal produce, showcasing our nation’s magnificent produce to visitors from home and abroad.

“Scotland’s food sector is one of our greatest success stories. As we prepare for the eyes of the world to be firmly focussed onScotland, now is the time for all businesses to aspire to the standards of the best.

“As Scottish Food Champions they will champion fresh seasonal produce, spreading the word about what Scotland has to offer.”

Riddell Graham, Director of Partnerships at VisitScotland, said that quality is more important than ever.

“The Quality Assurance scheme, which will encompass Scottish Food Champions, is helping make sure Scottish tourism businesses are best placed to shine in the international spotlight and not only meet, but exceed, the expectations of millions of visitors from all over the world.”

James Withers, Chief Executive ofScotlandFood and Drink, said that when visitors come to Scotlandthey expect and deserve to enjoy the very best food and drink.

“That’s exactly what we want to be able to offer them. Food and drink businesses which understand the importance of serving up the very best local, seasonal produce, deserve to be showcased.

“They will form the bedrock of a tourism industry that will help us to develop our international reputation as A Land of Food and Drink.”

Beppo Buchanan-Smith runs the Isle of Eriska Hotel, and chairs VisitScotland’s Quality Advisory Committee with responsibility for food and drink.

She highlighted work at the hotel, and said that the promotion and use of fresh food in season has long been a cornerstone.

“I am delighted to support the ambitions of this exciting project, aimed at ensuring that this great message is spread to the widest possible audience.”

A steering group is being established to take forward the project, set the criteria and the scheme is expected to be operational within six months.