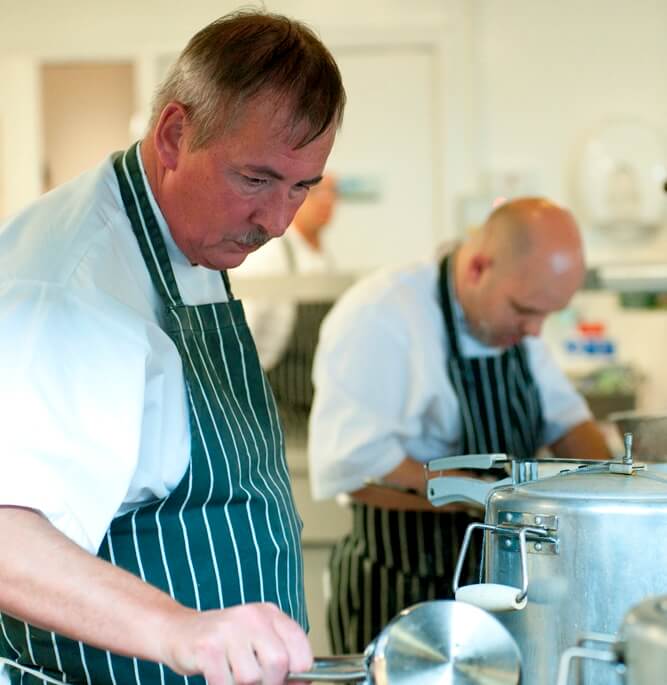 Scottish Culinary Team heads for the Olympics with final fundraiser

As one Olympic adventure begins to slip away members of the Scottish Culinary Team are practising their dishes for the forthcoming Culinary Olympics in Germany.

With dreams of bringing home another Olympic Gold for Scotland, the team is in superb hands under its Michelin starred Fife-based coach Bruce Sangster and team manager David Auchie.

Now the squad is to host a fundraising dinner at Gleneagles Hotel on September 3.

It will be the final fundraiser for the team, and a key celebration during Scottish Food and Drink Fortnight.

Bruce (pictured) and David have already won Gold for Scotland as team members and have been working with the team to ensure that it competes at the top of its game and at world class standard.

Further details can be found at:  http://www.scottishchefs.com