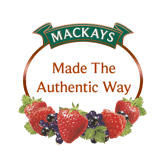 The official World Jampionships has launched this year’s search for the world’s best jam maker.

Now in its fourth year, the competition is centred around the berry fields of east Perthshire.

It aims to preserve traditional jam making skills the world over and build up jam making at all levels with categories for both amateur and professional artisan jam-makers.

Tracey Baxter, World Jampionship founder and organiser, said that last year around 300 entries were received from as far afield as USA, Germany and Singapore.

Entries for the 12 classes are invited from now until the closing date of 15 August and can be posted or dropped off at several UK points. Winners will be announced at Dundee Food & Flower Festival on 6 September.

A donation of proceeds from entries will be donated to children’s charities, When you Wish Upon a Star and Tayside children with Cancer and Leukaemia.

This year family company Mackays is headline sponsor, and Pattesons, makers of jars, glass bottles and decanters, is principal sponsor.

Full details of the World Jampionship 2014 can be found at www.worldjampionships.com