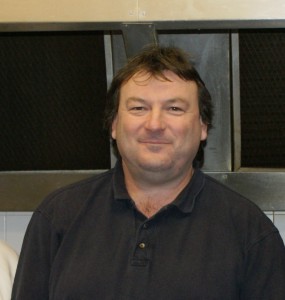 The organisers of a thriving British shellfish festival are hoping to roll out a national logo to tell consumers they are supporting UK fishermen and safeguarding the long-term future of the country’s coastal communities.
The Great British Shellfish logo has been created on the back of two years of the Crabstock festival, where visitors have asked for confirmation that the shellfish they are buying comes from UK waters.
Crabstock is now looking for some pubs and restaurants, preferably in inland destinations throughout the UK, to trial the logo and actively promote the country’s shellfish.

Co-founder and leading chef Matt Ayers said that Crabstock, which he set up with former crab boat skipper Adrian Bartlett,  is all about giving people a much better understanding of our shores and the wide range of fantastic species of shellfish that is available.

“The Great British Shellfish logo is an extension of that aim; we want to make UK shellfish a regular option for families eating in restaurants and pubs the length and breadth of the country.
“We want to hear from chefs and restaurateurs who are passionate about UK provenance and would like to take part in the trial.

“We will give them all the information and support needed to operate the project free-of-charge. All we will ask in return is that they give us some comprehensive feedback on how the trial went and how their customers reacted to the logo.

“Our hope is that we will get enough evidence on the commercial and social benefits of the logo that chefs everywhere who source and sell UK shellfish will want to join the scheme.”
As well as promoting the Great British Shellfish logo, the Crabstock team is planning a bigger programme of events for 2014.

Matt said that the aim of Crabstock is to educate the next generation about the health benefits of eating British shellfish, and how to support our fishing fleets.

“I have also been going into schools in the Cotswolds and Northampton areas teaching children about shellfish and the values it contains.

“This is not just to the children but their parents as well ensuring that we are passing knowledge down through the generations.

“We are intending to roll our logo out to restaurants and hotels, having them display the logo as a mark that they are buying and supporting the British shellfish trade.
“The aim is that once the logo is established then the restaurants will come on board as part of a membership scheme for which there will be different tiers.

“It is not just the restaurants and public that I will be working with, I will be taking this concept all the way back to source working alongside the fishing fleets themselves to offer support, and working with the fishing market to promote the sale of quality British shellfish” said Matt.

Matt said that support has come from the Shell Fish Association of Great Britain (SAGB).

“What the logo stands for is provenance, sustainability, general knowledge, UK heritage, Health Benefits, and increased UK sales which in turn will help boost the economic climates of our fishing towns which are currently struggling.
“There is a big push on all areas of the food industry to show provenance and sustainability, and to ensure the highest standards.

“This is something we are looking to promote for British shellfish. Shellfish is seen as a high end product but, through the logo, we are aiming to break down this barrier and make it accessible for everyone.
“We are fighting for a cause that will not only help improve the health of future generations but will also preserve a huge part of British heritage.”

Matt added that Matt support has come from the Shell Fish Association of Great Britain (SAGB).

This story has been reproduced with permission of Fish News EU http://www.fishnewseu.com and Crabstock http://www.crabstock.com

People and businesses interested in taking part in the project should email theorangecrab@live.com