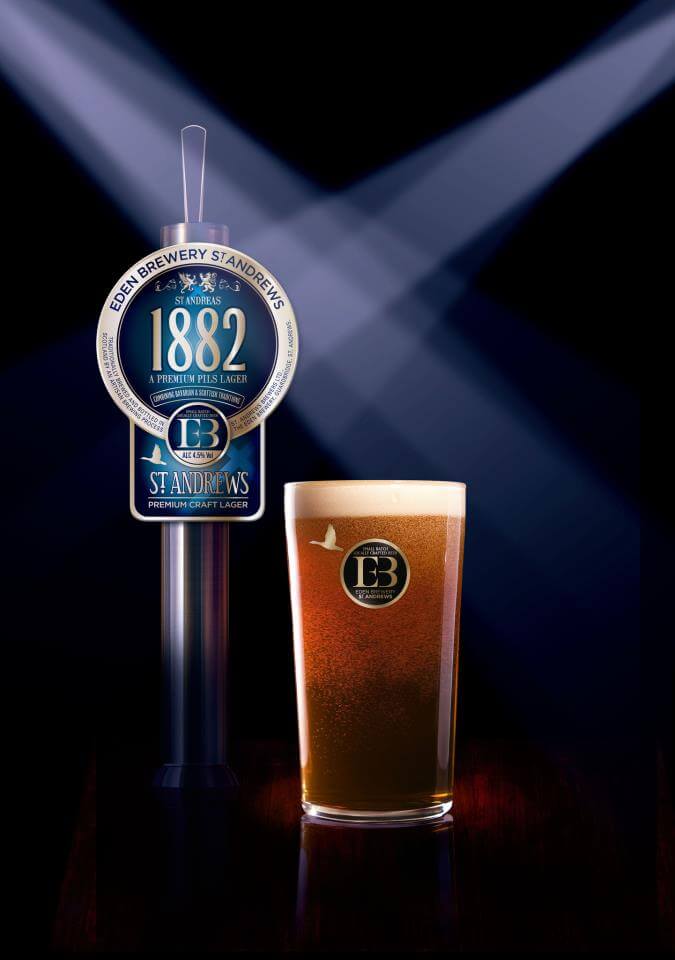 A brand new beer has been launched by Fife’s Eden Brewery just in time for St Andrew’s Day celebrations around Scotland.

The brewery, the first to operate in the St Andrews area in over 100 years, is tapping into a rich vein of local brewing history with the announcement of its very first lager beer during the inaugural St Andrews Food and Drink Festival.

The premium pils lager, which is initially available in cask form, is called St Andreas 1882.

Brewery owner Paul Miller said that the beer is a combination of classic germanic ingredients such Bavarian and Bohemian hops, and the true Scottish craftsmanship of head brewer Scott Gowans.

“We have a rich brewing history in this area, and we have evidence that the noble hops in our lager were used in the nearby Newton of Falkland Brewery as late as 1882.

“Brewing great lager takes time, and for us at Eden it has been a focus since day one.

The 4.5abv beer will be available in 15 selected pubs, and also at the Foodies Festival in Edinburgh Conference Centre this weekend.

Eden Brewery hopes to have the lager available in bottles early next year.