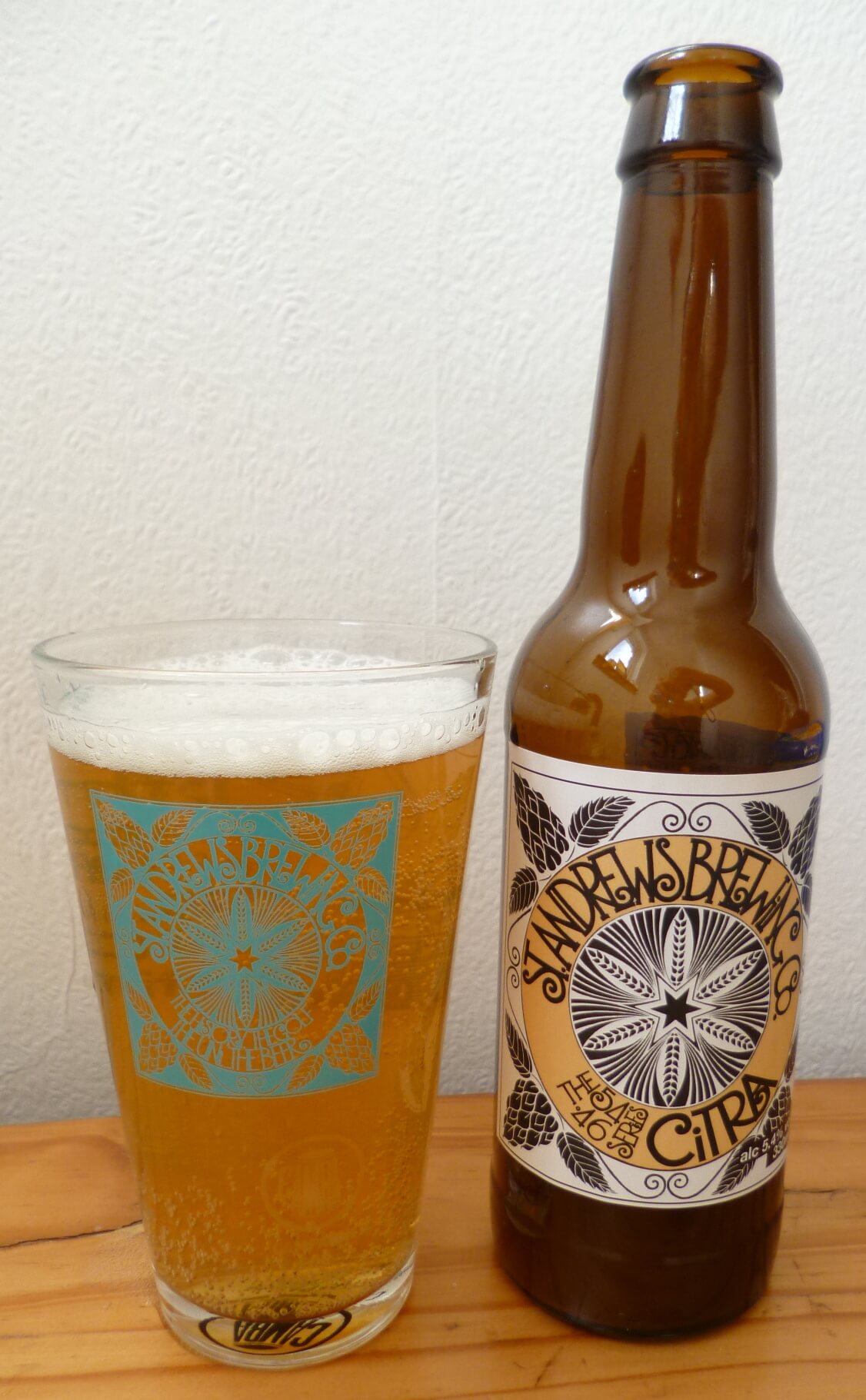 Owner Bob Phaff said that the beers are part of his 54.46 series, which already features the wheat single hopped beers Columbus 5.4%,  and Pale Malt 4.6%

Now there is the 54.46 Series Citra – 5.4%, described by Bob as an American high alpha hop with fresh tropical fruit and lime flavours.

The other beer is Bramling Cross, also 5.4%, which is a UK mid alpha hop with a distinctive blackcurrant and spicy pepper flavour.

Our main photograph shows Bob with the certificates he received for taking the Champion Beer of Fife top spot with his Crail Ale, and third place for his Rye PA, in the recent CAMRA Kingdom of Fife Beer Festival.

The other images show the new beers.