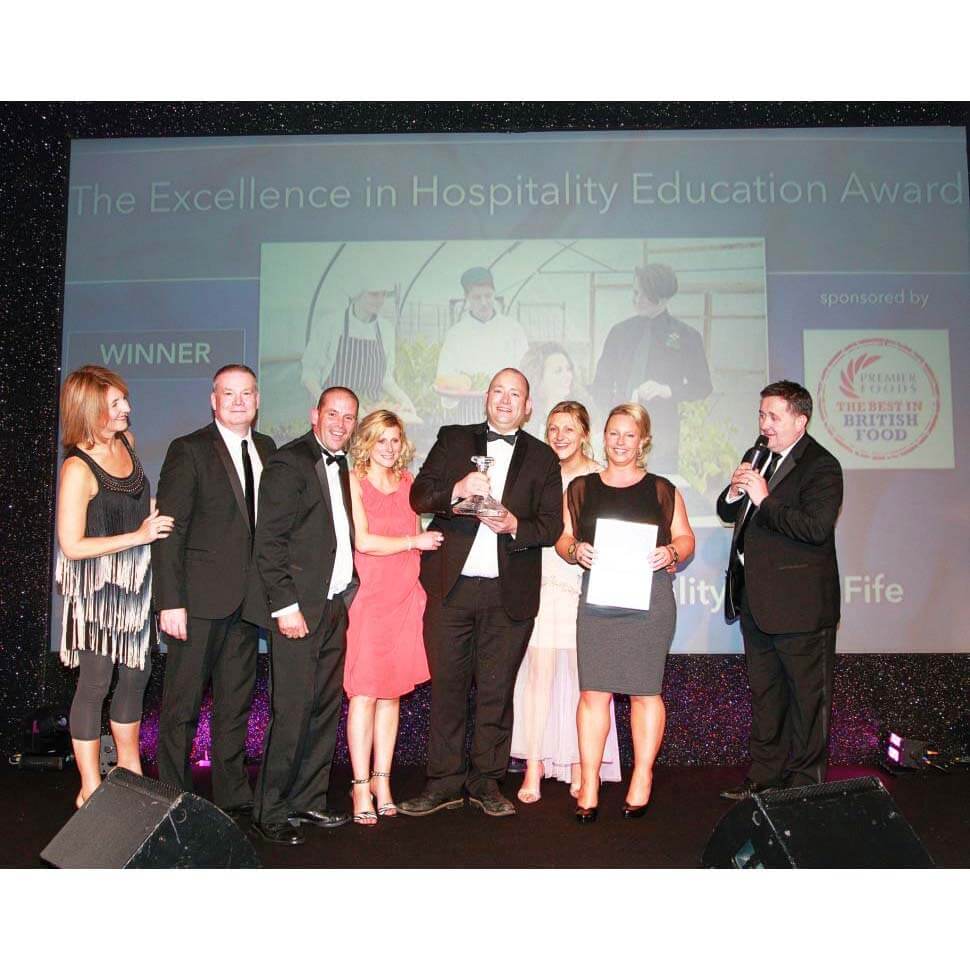 The team has lifted the Excellence in Hospitality Education Award, sponsored by Premier Foods, in the CIS Excellence Awards 2014.

The scheme recognizes and rewards the exceptionally high degrees of creativity, innovation and excellence in Scottish catering, hospitality and tourism, and is aimed at all types of established and emerging businesses and individuals.

SRUC Elmwood’s hospitality programme manager, Vicki Munro, said that the team had been delighted to be shortlisted.

“When the result was announced I was so proud that I didn’t know whether to laugh or cry.

“Our department has worked extremely hard over the years building a relationship with the local community and businesses and it is fantastic to be recognised for all our effort and hard work,” said Vicki.

The other finalists were City of Glasgow College; Edinburgh School of Food and Wine, and Perth College UHI.

Elsewhere in the awards Fife finalist Craig Millar’s 16 West End at St Monans was pipped at the post in the best restaurant category by the first ever Indian restaurant winner, Mithas in Edinburgh.

In the Employee of the Year Award, co-sponsored by Mazars and The Royal Bank of Scotland, one of three finalists was Caroline White, Zest St Andrews.

Zest was also a finalist in the Innovation in Training Award, sponsored by Caterer.com

The photograph shows (Kaye Adams, alongside Premier Foods’ Mark Taylor) congratulating the team from SRUC Elmwood College. Vicki is second from the right.