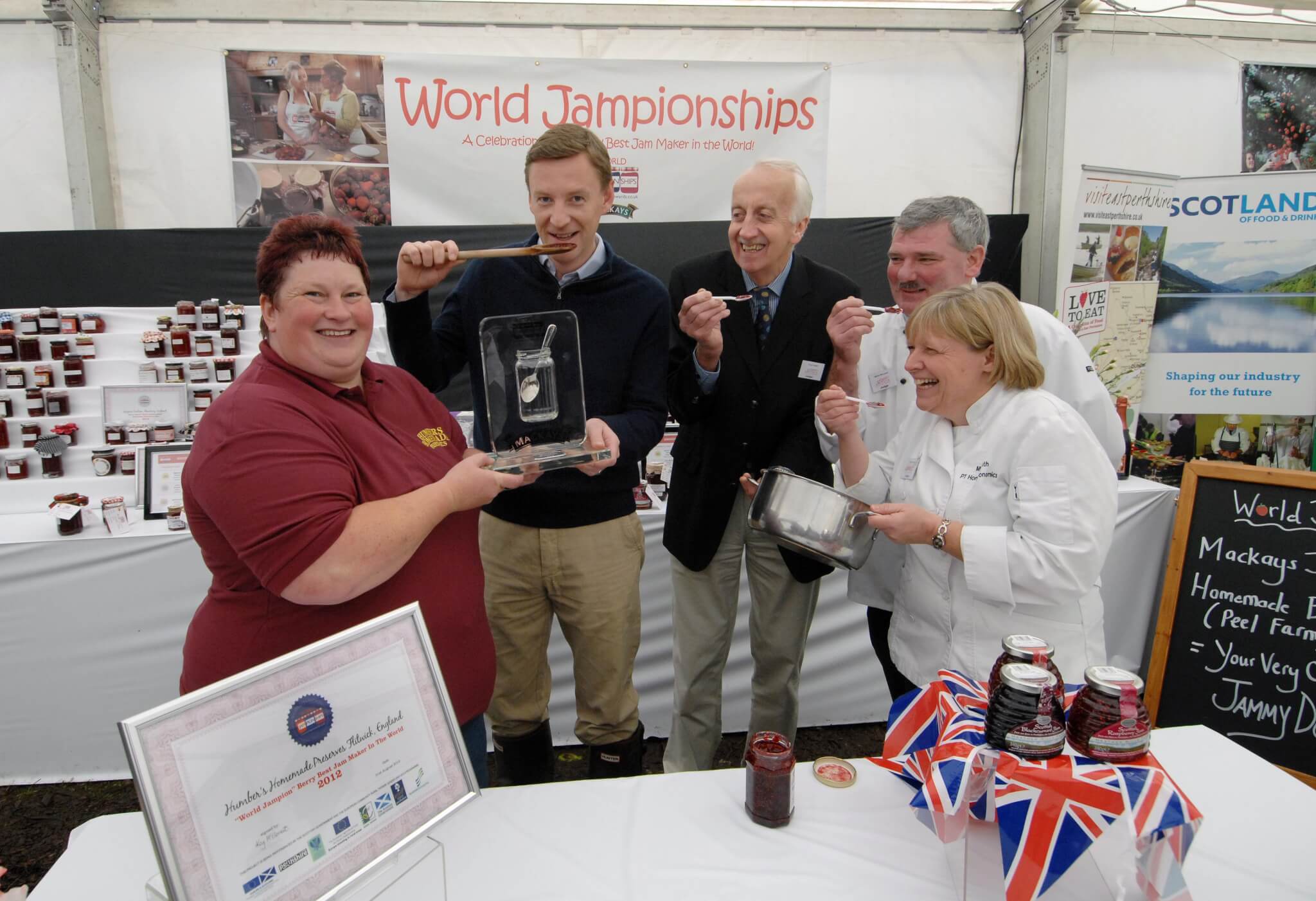 A remarkable woman who started making preserves during recovery from a nervous breakdown has just been declared best jam maker in the world.

Vickie Humber, from Flitwick in Bedfordshire, was named “World Jampion” during the first day of the Dundee Flower and Food Festival.

Now she is coming to terms with the success of her strawberry jam in the competition inspired by the famous berry fields of Blairgowrie.

Yesterday Vickie made a special trip to the festival to receive her award – a bespoke Jampion Jeelie jar designed and produced with expert help from Spectra Glass, Perth.

“The most trouble I had was not telling anyone. My husband said that for two days I was walking around like I’d swallowed a coat hanger as my smile was so big.

Vickie’s business was born out of her life changing nervous breakdown in 2007.

“Whilst on my journey of recovery I found that making jam was therapeutic – so I made loads!

“However the other half and four kids don’t eat jam, so my jars just kept building up. It was suggested that we should go to a local vintage tractor rally and sell them there.

“By the following Friday I was at the local market, and from there we have gone from strength to strength. We attend 18 farmers markets a month and sell to delis, farm shops and hotels.”

Now Vickie’s winning jam is to be stocked north of the border at Diane Brown’s award-winning Provender Brown Delicatessen in Perth.

The winner of the Jam-Tastic Jubilee Challenge, organised in tribute to HM the Queen’s Diamond Jubilee celebrations, is Mark Noonan, of Heather Hills Honey.

He won the Gold Award for Raspberry Jam and Bronze Award for Strawberry Jam, and lifted the title as a result of having the most marks overall for the three jams he entered.

One of the competition organisers, Kay McClement, said that there had been some very impressive entries, and Vickie is a worthy winner.

She said there had been a 100% increase in entries over last year’s inaugural competition, with Canada again showing strongly.

Jampionships co-ordinator Tracey Baxter said that the project is not just about making jam, but is a way of spotlighting a magnificent soft fruit growing area.

The winners were chosen from the categories of Homemade, Artisan, and Hotel/Restaurant/B&B,  and there were special awards for the World Jampion and Jubilee Jam-tastic Challenge.

The photograph shows Vickie (left) with her specially designed trophy