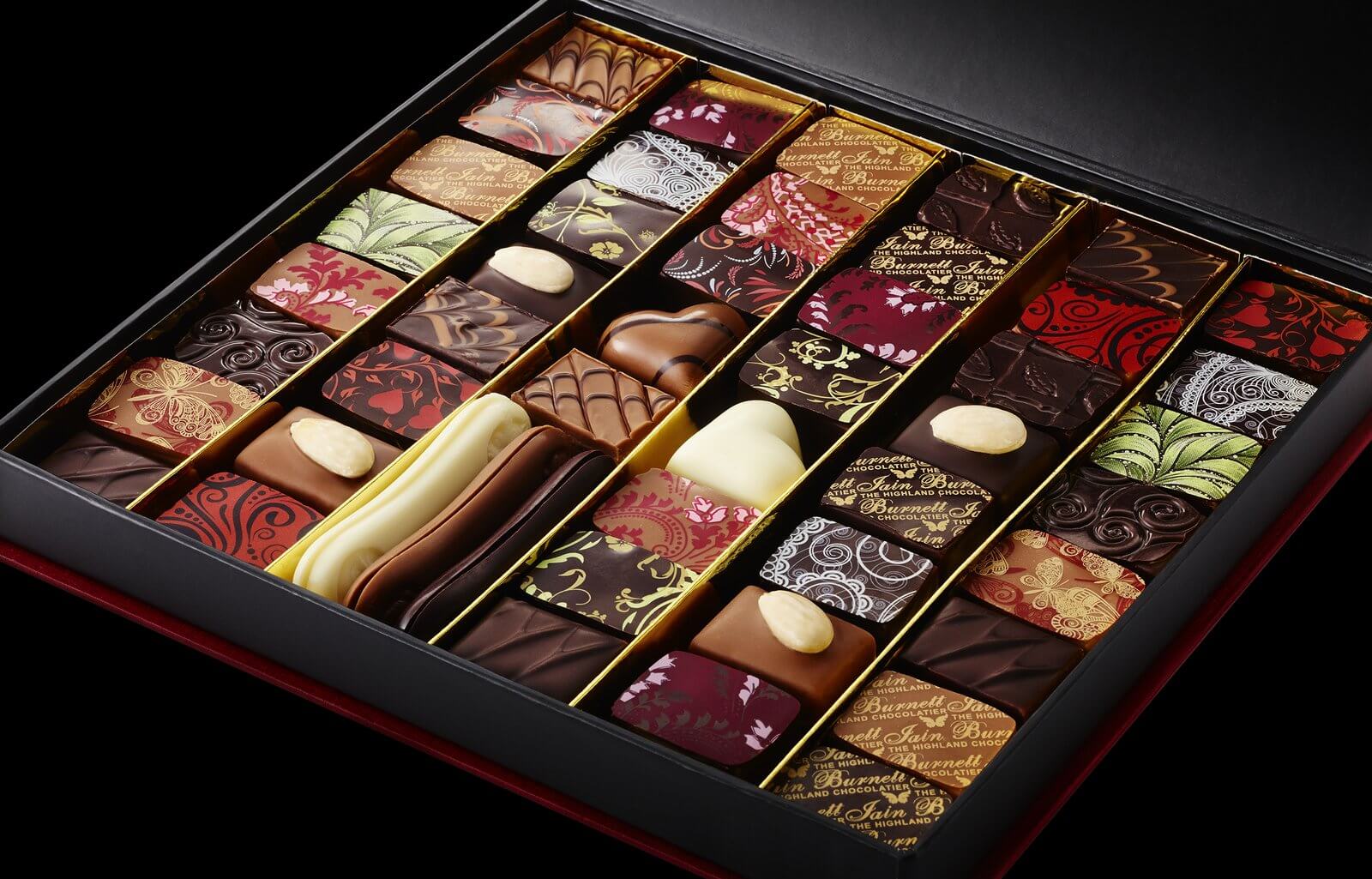 The shop in South Street was opened in style as Iain unveiled his new Scottish Velvet Truffle.

The truffle has been specially designed for this momentous year of sporting and cultural events in Scotland’s calendar – The Homecoming, the Commonwealth Games and the Ryder Cup.

Following recent successes in receiving the prestigious Scotland Food & Drink Product of the Year Award and its contract to supply British Airways, the launch of the new store in St Andrews provided the opportunity to outline plans for continued growth and expansion.

Managing director Janice Kennedy said that the company is going from strength to strength, and the chocolates had been flying around the world and tasted by clients on BA.

“First we have seen massive growth through our online shop.

“Our sights are now firmly set on expanding our retail offering, and St Andrews is the ideal location for us to launch significant retail growth expansion plans which will mean four more outlets across the UK.

“We are actively seeking the right locations,” she said.

To mark the occasion, award winning Michelin Star local chef, Geoffrey Smeddle from The Peat Inn by St Andrews, officially opened the shop by cutting the ribbon alongside Iain Burnett.

The special Scottish Velvet Truffle is a taste of Scotland’s finest cuisine and a celebration of the country’s wild food tradition.

Iain, one of the few truffle specialists in the world, created it to add to the international award-winning range created in the company’s bespoke chocolate kitchen in Grandtully on the banks of the River Tay.

The inspiration for the “Scottish” Velvet Truffle has come from local hillsides covered in purple heather and a fruit that Scotland is famous for – the raspberry.

Crushed raspberries with heather honey have been added to a Madagascan vanilla white Velvet Truffle which has been finished with a unique and very Scottish pattern using Scotland’s iconic thistle, designed by Iain himself.

5 awards in The Academy of Chocolate Awards 2011

2 awards in The Academy of Chocolate Awards 2013