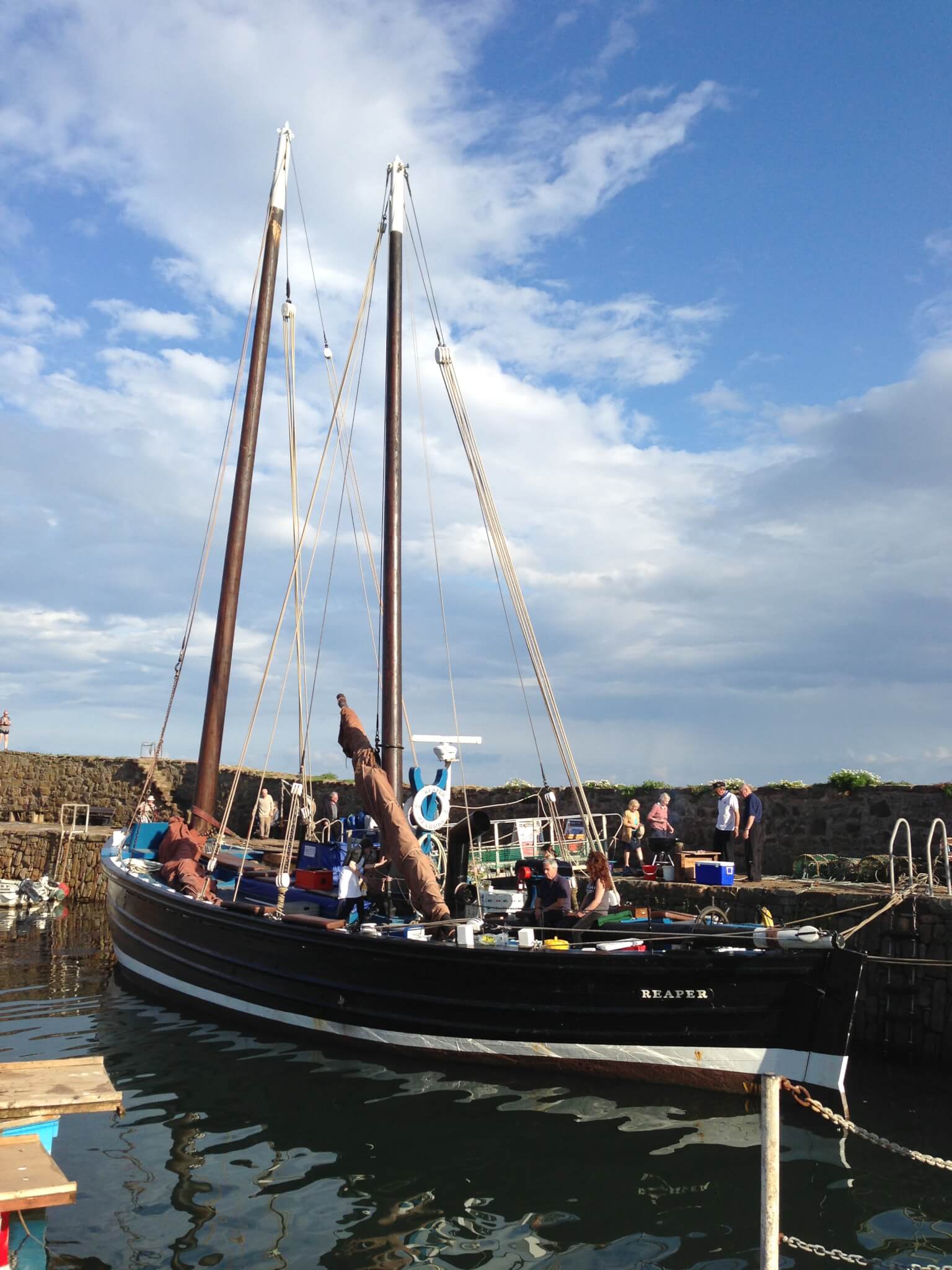 Food from Fife on the “Reaper”

A series of events being organised by Food from Fife has continued with a visit to the Scottish Fisheries Museum’s flagship vessel the Reaper.

More than thirty people had an evening aboard the Reaper as it visited Crail Harbour as part of the town’s annual festival.

The line caught mackerel, and some bonus cod, were caught on the morning tide and cooked on the harbour wall by crew members.

In addition Victoria Miller, of the Eden Brewery, met the visitors and told them about the brewery’s growing range of craft beers.

The Reaper had travelled from its berth in nearby Anstruther, skippered by Ian Murray, for an overnight stay in Crail, and it settled alongside the pier on the falling tide.

Food from Fife’s Viv Collie said that the event was an ideal way to let people experience the atmosphere of a historic fishing vessel, see its displays, chat to the volunteers and at the same time enjoy some fresh local food.

“Ian and the crew and made everyone feel really welcome, and Joan produced miracles from the fishing boat’s small galley”

“We have carried on the work started through the Slow Food Fife group, and recent events have included two “Eat the East Neuk” evenings at the Les Routiers Guest House of the Year 2013- the award-winning Spindrift in Anstruther.

“There was also the opportunity for people to people to meet the Adam Smith College based Scottish Junior Culinary Olympic team and taste their world-beating menu, and also enjoy an evening with the Doorstep Bakery and St Andrews Brewing Company.”

The Reaper, the last surviving First Class sailing lugger of the “Fyfie” type,  is crewed by the volunteer members of the Scottish Fisheries Museum’s Boats Club, and in recent years it has visited almost 50 separate venues as far apart as Glasgow, Lerwick, Portsmouth and Portsoy.

Club chairman John Firn said after the weekend event that the evening had been “brilliant” and everyone involved – crew and visitors alike – would remember it for a long time.

Further information about the Reaper and the Scottish Fisheries Museum can be found at www.scotfishmuseum.org