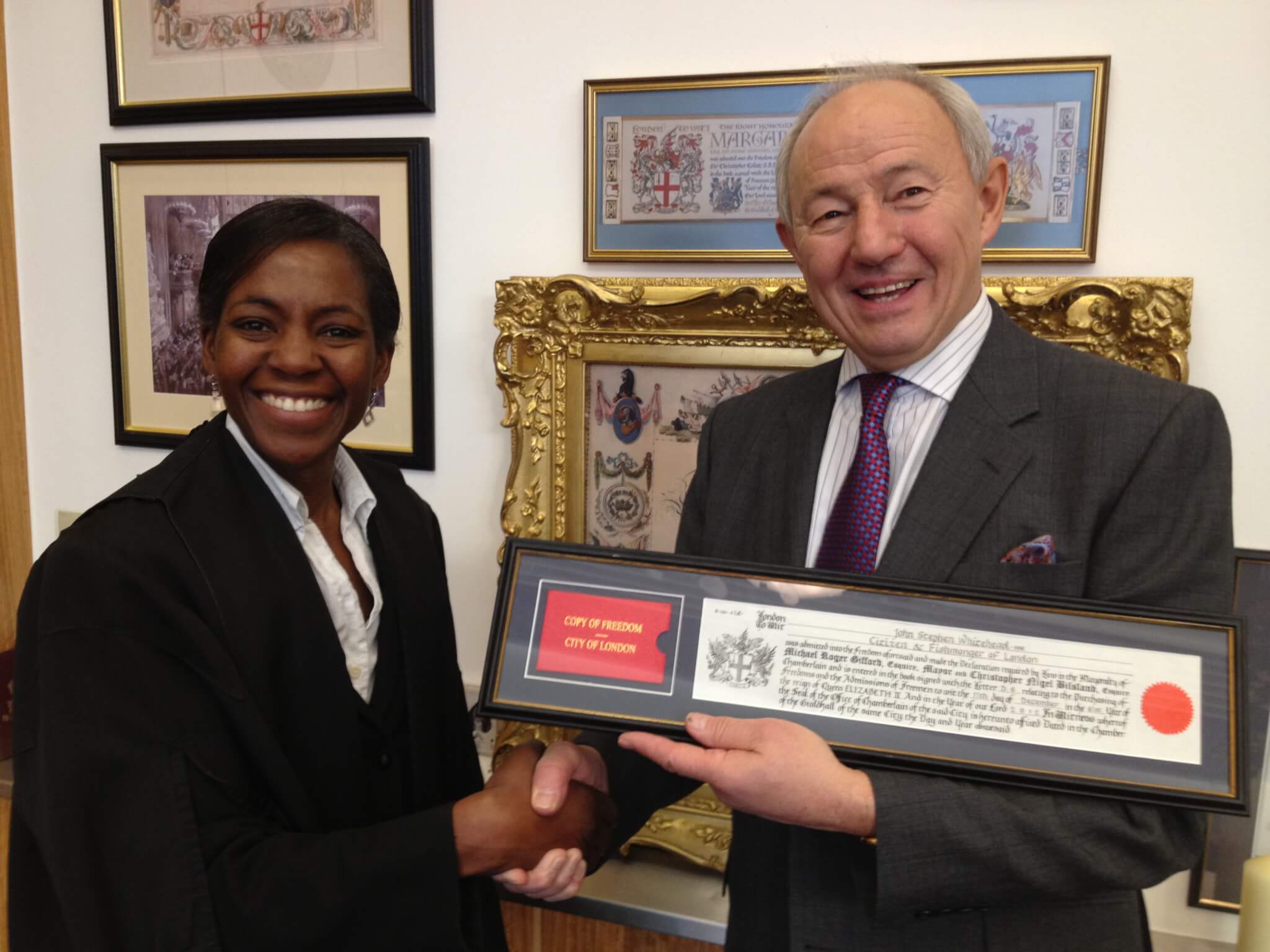 Fifer honoured with Freedom of the City of London

A well known Fifer who has spent his working life as a leading figure in the UK’s food industry has just been given the Freedom of the City of London.

John Whitehead OBE, who is currently chairman of the Sea Fish Industry Authority, received the honour at a ceremony in the city this week.

Mr Whitehead was presented for the prestigious award through his position as a liveryman with the Worshipful Company of Fishmongers.

The Fishmongers’ Company is one of the twelve great livery companies of the City of London, and among the most ancient of the City Guilds.

For over 700 years, as well as fostering fellowship among members, it has upheld standards in the trading of fish and shellfish and supported the fisheries industry.

The Freedom was conferred on Mr Whitehead by Lorraine Bailey, Deputy Chamberlain of the City of London.

The accolade is a unique part of London’s history to which many people who have lived or worked in the City have been proud to be admitted.

Mr Whitehead’s term as the chair of Seafish expires at the end of this month. The levy funded organisation supports the UK seafood industry to a sustainable and profitable future.

A trustee of the Billingsgate Seafood Training School, Mr Whitehead is also chairman of the Certification Council of Scottish Food Quality Certification Ltd and senior independent director of Improve, the Sector Skills Council for the UK Food and Drink industry.

In addition he serves as a non executive director with Strathmore Foods Ltd, Glycomar Ltd and Gourmet’s Choice Smoked Salmon. He is a founder director of the Food & Drink Exporters Association.

He is also a board member of the Fife Food Network, and its “Food from Fife” initiative.

Mr Whitehead has considerable experience in public bodies, having previously served as a commissioner of the Meat and Livestock Commission and as a member of the Council of Food from Britain.

He was convenor of the National Farmer’s Union of Scotland Horticulture Committee 1986-89. In 2003 he was appointed OBE for services to the Agri food industry.

He was also managing director of Top Hat Holdings Limited, the Dundee based producers of prepared foods for many of the major UK multiple retailers and food service chains.

Yesterday Mr Whitehead said that it is a great honour for him to be recognised in this way by his colleagues in the seafood industry.

“There could be no finer way of ending my Chairmanship of Seafish than by being granted the Freedom of the City of London” he said.