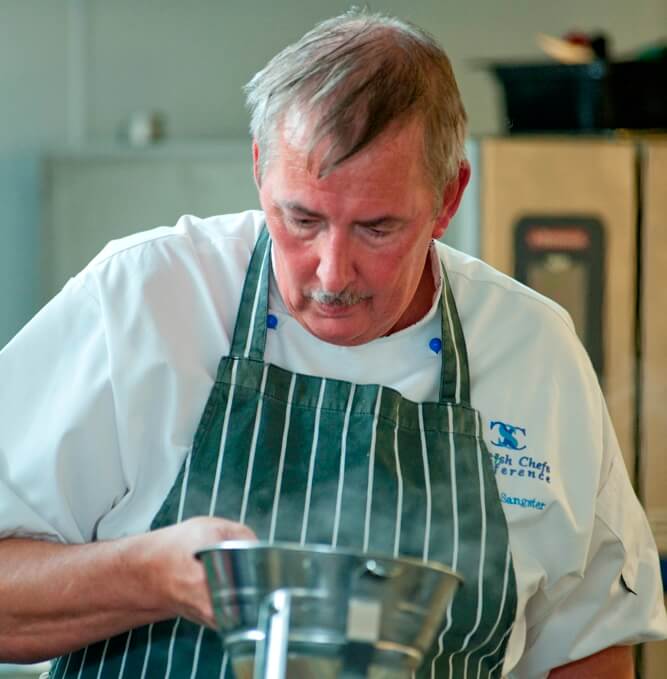 Two famous Fife restaurants have helped to keep the Kingdom at the top of the culinary league by retaining their Michelin stars for 2013.

It has just been announced that the Peat Inn, and Sangster’s in Elie, will continue to feature in an elite list of one-star restaurants across Scotland.

The internationally acclaimed restaurant with rooms, the Peat Inn, near St Andrews, was acquired in June 2006 by renowned chef Geoffrey Smeddle and his wife Katherine.

Geoffrey was previously the Head Chef at étain, Sir Terence Conran’s first destination restaurant outside London, where he won the AA Restaurant Guide Restaurant of the Year 2006 and Best City Chef at the Scottish Chef Awards 2005.

He has trained under Michelin starred chefs Herbert Berger and Chris Galvin and his career to date has seen him work around the world in many highly respected restaurants and hotels, including the Four Seasons Hotel, Chicago.

Geoffrey is passionate about using fresh, local and seasonal produce, and ingredients in his menus include Aberdeen Angus beef, Shetland sea trout, and Anster farmhouse cheese.

Katherine too has a passion for the industry although her focus is front of house rather than in the kitchen. After her university training she had a long stint at the renowned 5 star Cameron House Hotel on Loch Lomond.

Bruce and Jackie Sangster moved to Elie in 2003 where they have firmly established the acclaimed Sangster’s (www.sangsters.co.uk)  in the main street of the village

Bruce learned  his craft over many years working as chef for such companies as British Transport Hotels (Old Course Hotel), Murrayshall Country House Hotel, Scone, by Perth, and Lehman Brothers American Investment Bank in London as their private chef.

He has won a host of awards over many years, earning his Michelin Star in 2009 and in the same year being named Chef of the Year in the CIS Awards.

He has a long involvement with the Scottish Culinary Team, not only as a successful competitor, but as team coach for the 2012 Culinary Olympics in Germany, which are taking place this week.

Sangster’s is renowned for providing world class, extraordinary, award winning cuisine in the “dining experience of a lifetime”.

Wherever possible Bruce uses food sourced locally, and by that Scottish, with ingredients including dived scallops from Ross-shire, crab from Kyle of Lochalsh, wild mushrooms from Speyside, venison from Glen Isla, and apples, pears and fresh herbs from the back garden.

The photograph shows Bruce Sangster at work in the kitchen