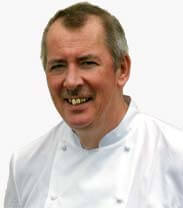 Acclaimed Fife chef Bruce Sangster has been appointed team coach to the Scottish Culinary Team for the forthcoming Olympics in Germany.

Bruce, the multi-award winning chef/proprietor of Michelin-starred Sangster’s in Elie, will be helping the team as it prepares for this October’s competition.

The Federation of Chefs Scotland said that it is delighted to see Bruce come on board as coach.

Apart from his position as one of the country’s top chefs, Bruce has a wealth of experience with the team, and is a former gold medal winner.

David Auchie, again a team gold medal winner and now lecturer at South Lanarkshire College, has taken on the role of team manager.

The Scottish Culinary Teams represent Scotland’s chefs and great produce at culinary competitions across the globe.