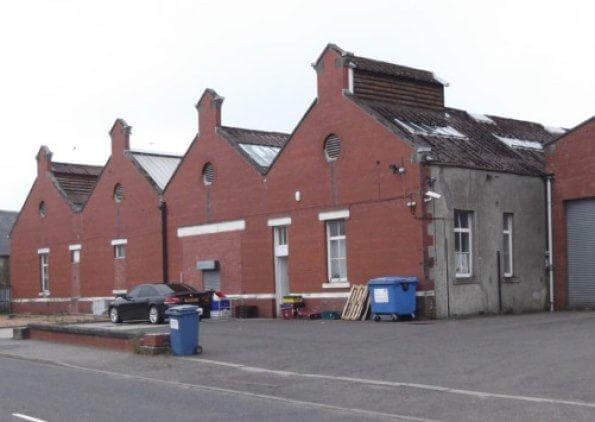 Fears for the future of St Andrews Abattoir

Concern is growing in Fife and beyond over the future of the St Andrews Abattoir, which has been providing local slaughtering facilities for a century.

There is a possibility that the the site in Largo Road could be re-developed for hotel and retail purposes, but one of Fife’s leading farmers has said that the proposal “defies logic”

The “Courier”newspaper, which covers Fife and Tayside, has just reported on the issue, and the story has been reproduced by Food from Fife with permission of D.C. Thomson & Co Ltd.

The Courier story (below) was written by Michael Alexander and published on 28/06/2012.

PROPOSALS TO close the long established St Andrews abattoir on Largo Road to make way for a proposed £7 million 65-bedroom hotel and a major retail food store “defies logic” and could put hundreds of livelihoods at risk, according to a leading Fife farmer.

The hard-hitting comment was made yesterday by Tom Mitchell, chairman of  Fife Farmers’ Market and director of Auchtertool’s Puddledub Pork, who said that the abattoir provides  the “fundamental cornerstone of the whole concept of local food for local people”, and should be retained.

As reported by The Courier last week, Ashleigh (St Andrews) Limited, sister company of leading construction firm Ashleigh Scotland, has announced plans for a Premier Inn and a new quality food store — rumoured to be for Marks and Spencer and its Simply Food brand — at the site in Largo Road, which is at present occupied as an abattoir and operated by a local firm.

It is envisaged the buildings will be demolished and the site redeveloped.

While no planning application has yet been lodged, the developers are keen to hear the views of local people and organisations and have this week embarked on a pre-planning application consultation exercise, including meeting with St Andrews Community Council, holding public exhibitions and organising a letter drop across the town.

Mr Mitchell said yesterday: “It has been reported that the building and the business which it transacts is now redundant and crying out for redevelopment. This is not the case.

“The premises operate to the exacting standards set by the Meat Hygiene Service and currently comply with all its obligations.

“The abattoir provides the fundamental cornerstone of the whole concept of local food for local people.

“There are 24 high street butcher shops in Fife, Perthshire and Angus, seven farm shops, five farmers market stallholders all of whom currently have their animals processed at St Andrews.

“These businesses currently employ a total of 184 persons whose livelihoods are directly connected to the abattoir.

“Don’t forget also the haulage companies who deliver to and from the facility. Note that the development expects only to create 80 full and part-time jobs. To close this business to make way for Premier Inn and another supermarket defies logic.

“I am sure the St Andrews bed and breakfast industry may be concerned at the arrival of Premier Inn. How much income will they lose per year?

“A choice has to be made by Fife Councilplanners. Either support a chain hotel and supermarket or to support the difficult and unglamorous, but key activities of this abattoir, which underpins a multiplicity of individual high-quality privately-owned businesses which have helped to turn food from Fife into one of the jewels in the crown of our highly successful Scottish food industry.”

George J Deans, a director of St Andrews abattoir, said that during the last few years the meat industry has gradually contracted.

He said: “The reduced throughput of the abattoir has fallen to such a level it is becoming harder and harder to sustain a suitable service and maintain the property to an acceptable level we now have only 13 customers.”

Scott Jarron is a shareholder in St Andrews abattoir and a partner in Dundee’s Scott Brothers butchers, which is also the biggest customer at the St Andrews slaughterhouse.

He told The Courier no concrete offer had yet been made for the site.

However, development of the century-old abattoir could not be ruled out.

He said: “The abattoir will run as a viable business for the foreseeable future because nothing has been signed, sealed or delivered.”

Proposals can be viewed at St Andrews library on Saturday from 10am-4.45pm.