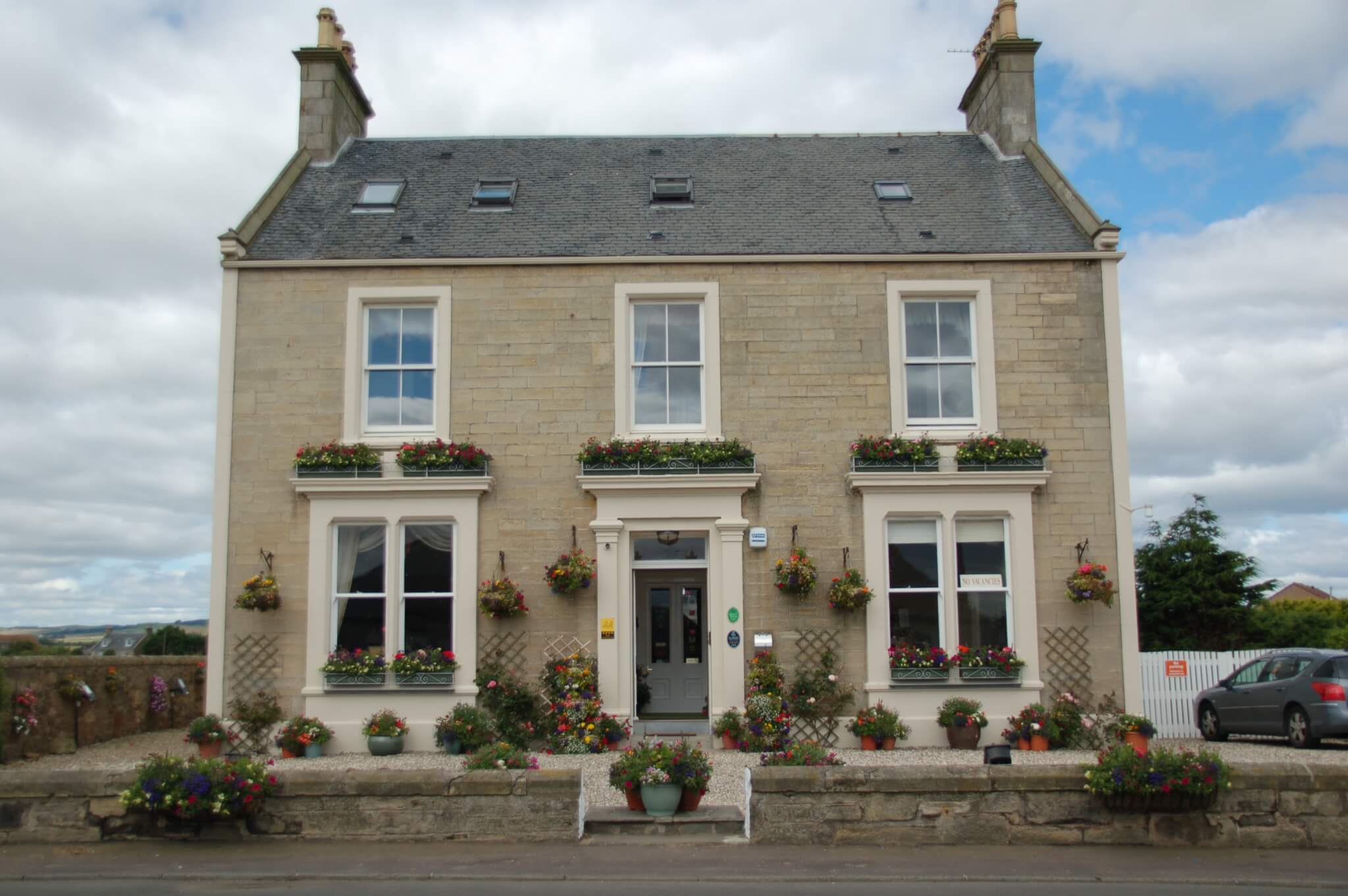 East Neuk’s Spindrift up for another top award

A well known East Neuk guest house is in the running for another top tourism award.

Anstruther’s Spindrift Guest House, run by Ken and Christine Lawson, is one of only 25 businesses chosen from 3000 through the UK for the final stage of the 2014 AA Friendliest B & B of the Year Competition.

Just over a year ago the Sprindrift was named as the 2013 Les Routiers Guest House of the Year.

Ken, a former chair of the East Neuk Local Tourist Association, said that the Spindrift prides itself in using fresh local produce for breakfasts and evening meals.

He said that it has already been accredited with an Eat Scotland Silver Award for Home Cooking, and 4 Star Guest House Gold Award from Visit Scotland .  The Spindrift also holds the AA Award for very special Breakfast and Dinner 2012.

A unique feature of the house is the Captain’s Cabin on the top floor. This was the special domain of the original owner of the house, a tea clipper Captain called John Smith, who made the room a replica of a ship master’s cabin.

The award ceremony will take place on 13th May at the St. Ermin’s Hotel, London.