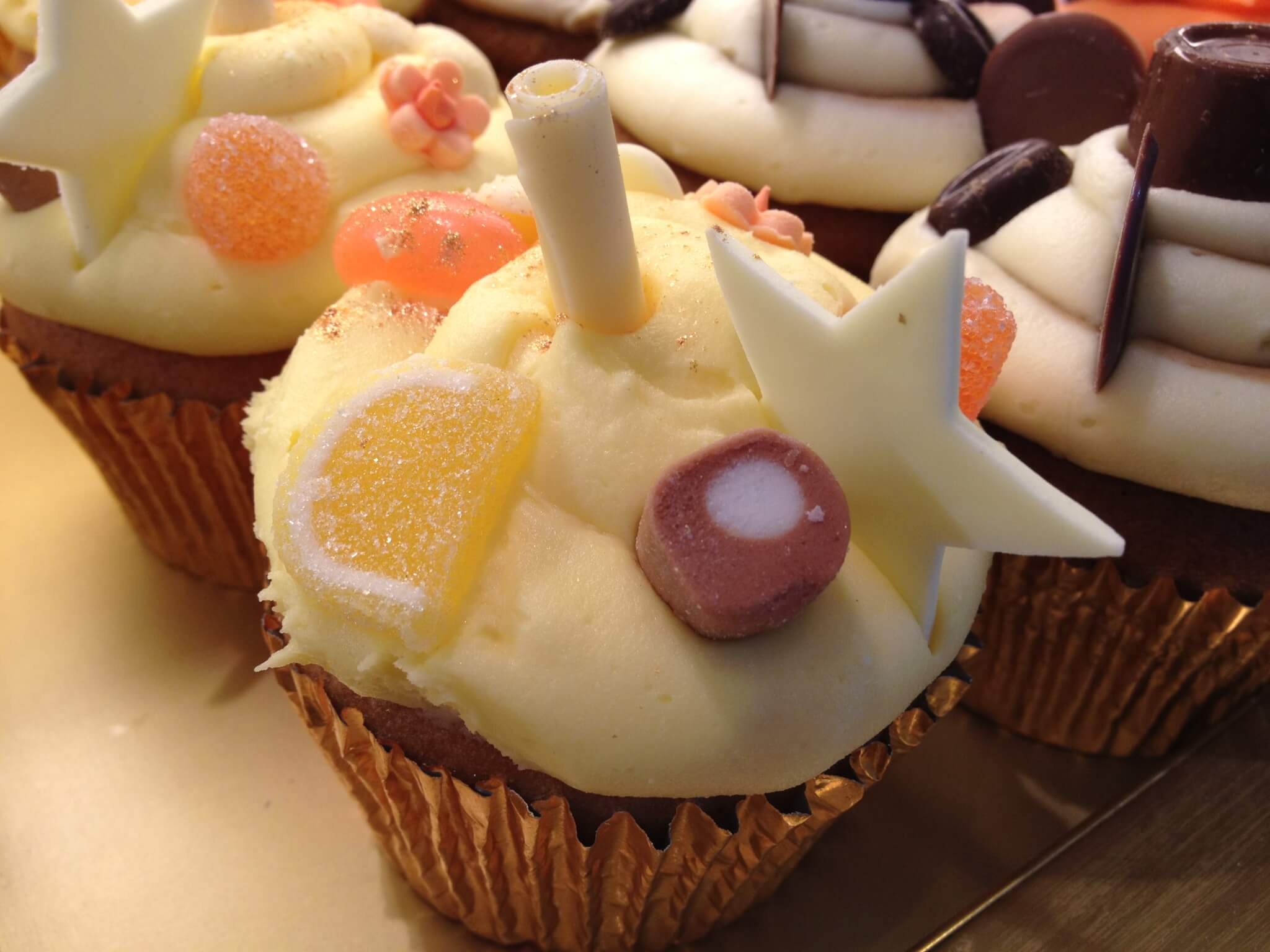 Cupcakes Fly Off The Shelves

The tasty and beautifully decorated cupcakes produced by Cupar – based Fisher &Donaldson have been flying out of the company’s shops thanks to a tie-in with a national voucher company.

Over the past few weeks the fourth generation artisan family bakery has sold thousands of the cakes working in collaboration with Groupon Dundee.

Director Eric Milne said that there had been benefits for the business at its premises on both sides of the Tay.

“We were really surprised by the way this took off, and it has helped us promote our presence while allowing customers to make savings of up to 62% over a limited period.

“We even received calls from the west of Scotland about the offer, which has just come to an end,” he said.

Fisher and Donaldson, the proud holder of a Royal Warrant, employs over 100 people in its seven shops (two in Cupar, two in St Andrews and three in Dundee), and four cafes (two in Cupar and two in Dundee).  There is also a front-of-house chocolaterie in Cupar, where customers can see products being made with the finest Belgian chocolate.

Now running under directors Eric and Sandy Milne, with Eric’s son Ben as production manager, the company produces a broad range of traditional Scottish and Continental products in its state of the art environmentally friendly bakery.

The company also runs a bread club where enthusiasts can sign up to receive a brand new type of bread twice a month (www.thebreadclub.co.uk).  Guest loaves have included traditional sour doughs, dark German ryes, Pumpernickel, and Black Forest. Specialities based on Fife food have included Anster’ Cheese with Puddledub bacon.