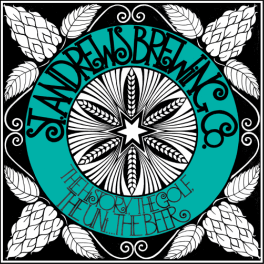 A new ale from the St Andrews Brewing Company range has been voted the very first Champion Beer of Fife.

In second place was “Just Jade” from Beeches Brewery,, with another of Bob’s beers, his new Rye.P.A, coming third.

Earlier this year the Central Bar in St Andrews was named CAMRA’s Fife Pub of the Year 2013, and  runners up were the Albert Tavern, Freuchie and & the Commercial Inn, Dunfermline.

More details can be found at  http://www.kingdomoffifecamra.org.uk