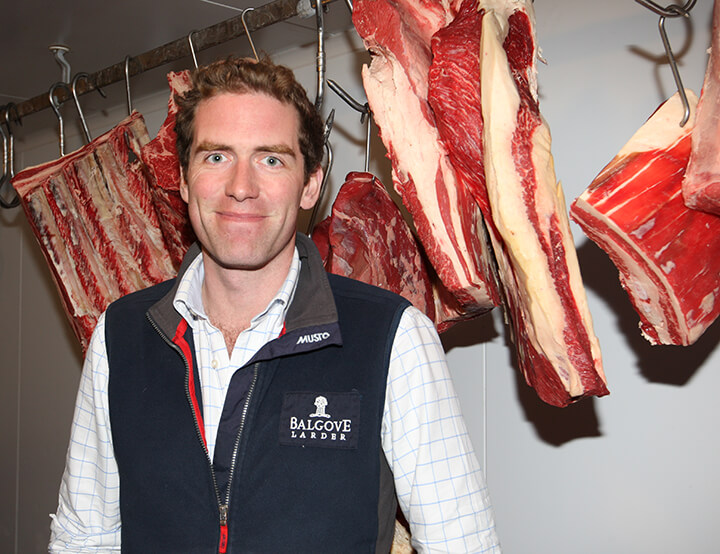 A group of Fife livestock farmers and butchers has managed to obtain just over £14,000 to conduct a feasibility study which could lead to provision of a new abattoir for the region.

It has just been revealed that an application made through the Fife Food Network has been approved under the Scottish Government’s Food Processing, Marketing and Cooperation Scheme.

The award has been made under the category of market development, and results from deep concern over the likely loss of the St Andrews abattoir site to a major hotel and retail development.

One of those involved in leading the discussions is Fife Food Network member Will Docker, who runs the busy Balgove Larder Farm Shop, café and butchery at Strathtyrum on the outskirts of St Andrews.

Today he expressed delight over news of the government award, which will allow the Fife Food Network to “investigate the physical and financial viability and potential for the development of a new abattoir in Fife”

Will said that the network could now investigate all factors involved in re-locating abattoir facilities to a more central site, possibly at Cupar or Glenrothes.

This, he said, could involve adapting existing buildings, or creating an abattoir on a greenfield site.

“Slaughtering facilities are very important to this rural area of Scotland, and the loss of the St Andrews abattoir would be very keenly felt across the whole meat production sector” he said.

One of Fife’s leading livestock farmers, Tom Mitchell, is involved in the campaign to retain abattoir facilities in Fife.

When news of the St Andrews situation was revealed, he said that such facilities are the “fundamental cornerstone of the whole concept of local food for local people”

He has pointed out that 24 high street butcher shops in Fife, Perthshire and Angus, seven farm shops, and five farmers’ market stallholders currently have their animals processed at the St Andrews facility.

The abattoir employs five permanent staff, and it is estimated that the businesses which use it employ around 184 people.