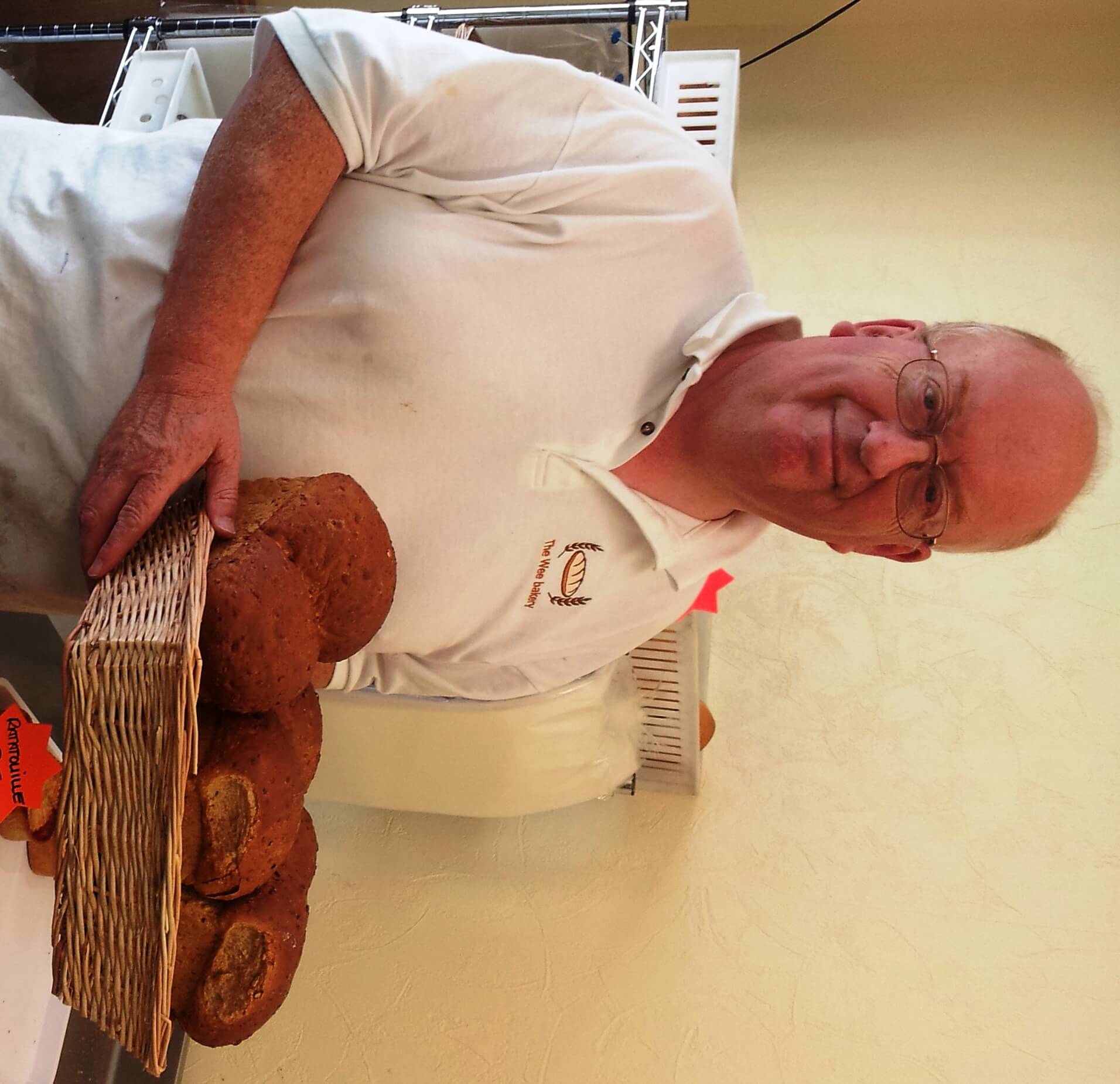 Baker rises to the challenge in Newburgh

Fife-based patisserie and bakery expert Barry Batchelor has just fulfilled one of his lifetime ambitions by opening his own bakery business.

Sixty one year Barry, of Newburgh, has taken the plunge after a long career at Telford College, Edinburgh, where he spent 37 years teaching and passing on his skills to students.

As well as creating four part-time jobs, Barry has ploughed £80,000 of his own money into renovating premises at 108 High Street in Newburgh.

And thanks to advice from Business Gateway Fife, which helped him secure a £1000 grant to buy top of the range ovens through Fife Council’s Fife Investment Fund, Barry has opened “The Wee Bakery”.

“It’s every chef and baker’s dream to open their own place, and taking severance from the college allowed me to fulfil my own ambition.

“I’d always had my eye on the premises, which was a bakery before I took it over, and when I bought it last October I decided to keep its name.

“I’ve road tested a number of my products in my wife’s local café, Café Bite n Blether, and my newly invented loaf, which has a bit of a cheeky name as it looks like a bottom when baked, has gone down a storm.

“There’s a high percentage of elderly in the town and they don’t want to buy a full-size loaf so this one, which can easily be split in two, has raised a few giggles and proven popular.”

Barry said that Business Gateway helped his wife when she launched her cafe so it felt natural to go back to them for advice as laws, regulations and rules all change over time.

“My adviser’s support, and the information gained from the finance and marketing workshops, helped refresh my knowledge.

“The £1000 Fife Investment Fund grant proved invaluable as it helped me purchase ovens that will cope with the forecasted demand ahead of schedule.”

“He’s an experienced baker, selling breads and traditional cakes made from scratch, who has created local jobs and is looking into the possibility of taking on an apprentice shortly.

“Although he knows a lot about baking he realised that we could help keep him up to date on the ins and outs of running a business as well as sign post him to potential funding streams.

“We’re delighted our help has proven useful and allowed him to purchase equipment.”

Barry has worked in a number of small restaurants, as well as in a top hotel in London’s West End, and the love of cooking runs in his family.

His dad worked as a professional chef, his wife runs her café and his daughter is the pastry chef at the Fairmont Hotel in St Andrews.

“My son is the only one not in catering, but he’ll still be making things when he starts work as a manufacturing engineer for Jaguar this summer”

Barry said that opening his own bakery had fulfilled a lifelong ambition.

“I’ve completed four out of five of them now – having already built myself a car, a house and moved to Scotland to live and work.

“There’s just one left and I hope to build my own boat sometime in the near future.”

For more information on how Business Gateway can help your business grow and prosper visit www.bgateway.com or call 0845 609 6611. Alternatively contact your local office on 01592 858333.