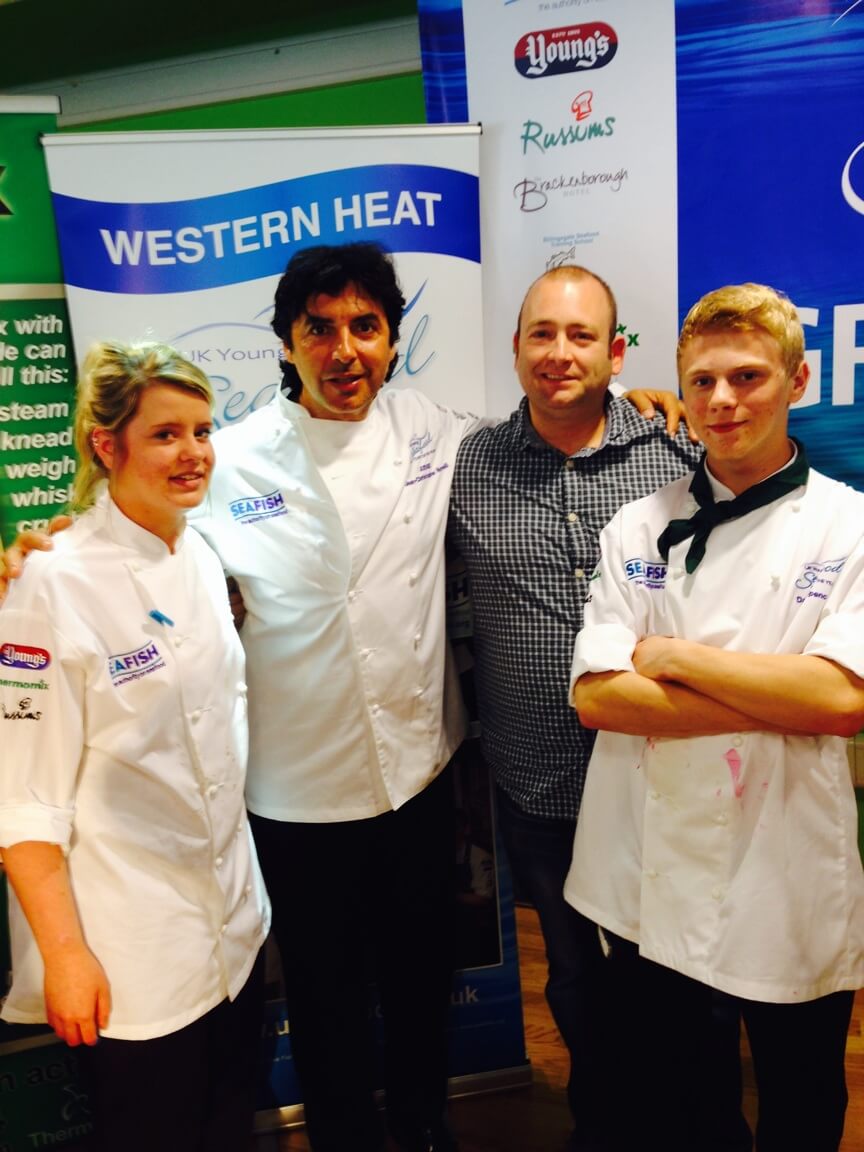 Another success for SRUC Elmwood

A team from Fife’s SRUC Elmwood Campus has just won the runners-up spot in the annual Young Seafood Chef of the Year competition.

The Seafish-sponsored event saw youngsters from around the UK compete to win the esteemed title under the watchful eye of celebrity chef Jean-Christophe Novelli.

The event was held at the Grimsby Institute and saw teams of young chefs from around the country take to the kitchens to prepare the dishes that led them to victory in the regional heats that have taken place around the UK in recent months.

Each of the nine teams produced a three course menu, which was served to the judges, sponsors and guests attending the event, as well as producing a set of courses for display

Novelli said: ”As a keen supporter of this kind of event for many years, I feel that culinary recognition in any shape of form helps to develop both an individual and companies alike.”

Nine different colleges made it to the final, with the Elmwood students,  Abbie Clunie and Darren Spence, mentored by chef/lecturer Martin Luti, coming in second spot behind the winners from South Essex.

Nikki Hawkins, Events Manager at Seafish, said: “As with every year, I am delighted to support this competition in running the regional heats around the country, and taking my place on the panel on behalf of Seafish. We are always blown away by the high standards we see from the students at every stage of the competition.

“Seafish is committed to supporting the seafood industry for a sustainable and successful future. These chefs represent that future in an industry which sees us set a world leading example, and it’s great to see so many of them showcasing the amazing seafood that is available in the UK.”

Seafood Scotland offered support to young Scottish chefs by giving them the opportunity to improve their seafood knowledge and skills in the run up to the competition.

Only a few weeks ago SRUC Elmwood scooped a major honour in lifting the Excellence in Hospitality Education Award, sponsored by Premier Foods, in the CIS Excellence Awards 2014.

The photograph shows the students with Jean-Christophe and Martin