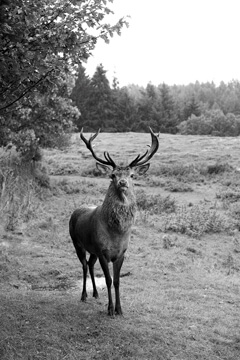 Another award winning year for Fletchers

Fletchers of Auchtermuchty have just enjoyed another award winning year which reinforced their superb reputation for producing “Seriously Good Venison”.

The awards, organised by the Guild of Fine Food, are now in their 18th year and going from strength to strength.

The scale of the Fletchers achievement shows in the fact that 7481 products were entered from 1600 companies for the 2011 awards.

It took 350 experts 34 days to blind taste all the entries and decide who would achieve the coveted one, two and three star gold awards. Only one hundred and fourteen 3-stars were awarded.

Following the awards the Fletchers’ Venison Medallions were nominated for a Great Taste Golden Fork trophy for Best Speciality from Scotland, and were pipped by J Lawrie & Sons and their Jaffys Mallaig Kippers.

Vikki Banks, General Manager of Fletchers of Auchtermuchty, said after the Great Taste awards that the business had been “absolutely over the moon” to receive two awards.

“They highlight the fact that that the best practice farming methods we use in producing our venison shines right through to our products,” she said.

Fletchers’ venison is traditionally hung for perfect flavour, most products are wheat free and they use no additives.  Their deer graze in extensive grass pastures with no growth promoters or antibiotics so there are no drug residues.  They never go to an abattoir.