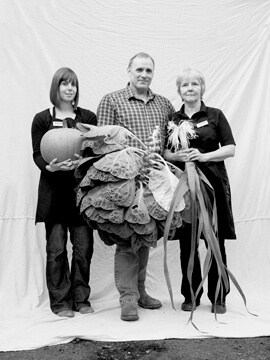 Another accolade for Ardross Farm Shop

Fife’s acclaimed Ardross Farm Shop has won the honour of being named one of the UK’s top 50 farm shops and delis.

The popular business near Elie has joined well known names such as Valvona & Crolla in Edinburgh and the Scottish Deli at Dunkeld in the list published by the Independent national daily newspaper.

It is one of only six Scottish selections, and the newspaper described the business as “a little gem of a farm shop, tucked into the corner of the road with the sea just over the fields.”

Run by the Pollock family, and one of the original members of Food from Fife, Ardross aims to provide everything needed for a fantastic local meal.

It provides a haven for food lovers with just one stop between farm and kitchen.

None of the Ardross produce is forced or intensively grown. The farm’s herds graze in clover rich meadow pastures or are fed crops grown on the farm.

The stock is raised traditionally in a stress free environment, and beef is matured on the bone for three weeks in the traditional manner before butchering and packaging into a range of choice cuts, delicious sausages, mouth watering roasts, tasty mince and outstanding burgers.

Ardross grows over forty varieties of seasonal vegetables, which are picked by hand, fresh for the shop every morning.

The farm is also proud of its very own honey, with the bees thriving on clover and hawthorn to produce a wonderfully pale and delicious honey.