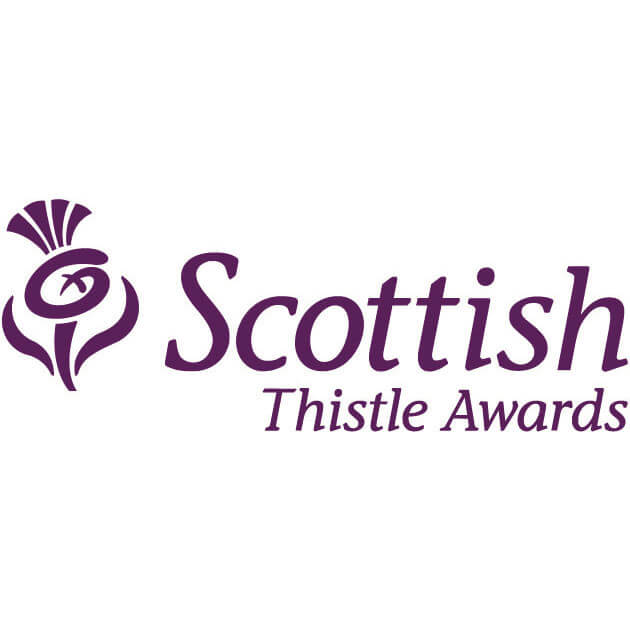 Nominations are now open for the 2014 Scottish Thistle Awards – an awards programme that applauds the achievements of our local tourism businesses and is designed to encourage their continued endeavour for excellence.

This year’s awards mark the 22nd year of the programme and sees major changes that aim to grow its success.

It means that members of the industry will now play a key role in recognising and honouring the success of individuals and businesses in Fife.

Last year, Morton of Pitmilly scooped the title for Best Self Serve Accommodation Award in the regional final awards.

Using a new simple and easy online application form, nominations can be submitted by individuals, by others in the industry or by the general public.

Shortlisted entries will then compete in 13 regional categories, which have been aligned with the Scottish Tourism Strategy 2020, reinforcing links between the industry and the prestigious awards programme.

Regional ceremonies will be held in November in central south east, north east and Tayside, central south west and the Highlands and Islands. Winners in each category will then go on to represent their respective regions at a glittering final ceremony, celebrating the best in the industry and marking a fitting end to Scottish Tourism Week 2015.

Fife tourism businesses are well positioned to enter the awards with a plethora of high quality, innovative and award winning businesses in the region.

For example, this year, luxury self-catering apartment, The Boot Room in St Andrews received a four star award from VisitScotland, demonstrating high levels of excellence within the VisitScotland star grading.

Nominations can be made until May 18. Further information can be found at scottishthistleawards.co.uk